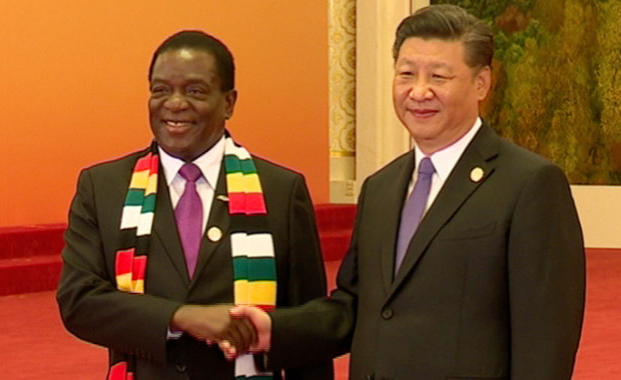 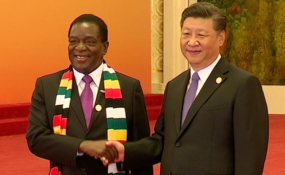 The visiting Chinese business delegation, who is in the country to deal with the Zimbabwe and China seating deal, has said he has been impressed by the commitment of President Mnangagwa to transform the economy after years of regression.

The delegation from Anhui Province came yesterday with President Mnangagwa, after taking part in a business forum held by the Ministry of Industry and Commerce in conjunction with the Chinese Embassy in the morning.

The business forum saw two Memorandum of Understanding (MOU), one between the Zimbabwe National Water Authority (Zinwa) and Anhui Shui Building Group for the construction of Dam Rupanga.

There is another deal between Quest Motors and JAC Auto Assembly Plant from China that assembles a Mutare vehicle.

Speaking after the President's meeting, Anhui's deputy governor, Mr Zhou Xi, said that his province would have sealed with Zimbabwe companies at the action stage.

"This time, my visit to Zimbabwe is primarily to implement the agreement between the Mnangagwa and Xi Jinping Presidents, especially in the field of economic trade.

"In fact, we prioritize the cooperation of Anhui and Zimbabwe in our work. During the meeting with the Presiding Officer, we identified plans for our future cooperation. First of all, we will do our The best to develop agriculture to secure the Zimbabwe food system.

"We will be working with each other in the fields of processing agricultural products to market food."

Anhui State Farms China is established in partnership with the Government to establish an agricultural industrial center in the country through the Zim-China Wanjin Agriculture Company for the added value and the usefulness of local agricultural products.

Once operational, the industrial zone will be expected to facilitate the transfer of knowledge and skills by the company of a highly mechanical and advanced Chinese State.

Mr Zhou said that both countries worked on cooperation in the manufacturing and energy sectors.

"Now, we pay a lot of attention to specific areas, but in the future we will deal with all areas," he said. "We will do our best to accelerate the implementation and we could appreciate if you could support our cooperation between us. Let's work together to do so."

In the business forum, Mr Zhou said they were impressed by President Mnangagwa, "to make Zimbabwe great."

"During the visit of President Mnangagwa (to China), I'll accompany him and I have to say that I was impressed by his spirit to make a great Zimbabwe again," he said.

"We all know that China is developing rapidly and the opportunities that come with this rapid development are also available to both African and Zimbabwe people."

Industry and Trade Deputy Minister, Raj Modi, said Zimbabwe was running with Vision 2030 by when he should achieve middle income status.

"We can not achieve this objective if we, as a country, continue to export unprocessed or semi-processed products," he said.

"Our key priority is to improve the added value and benefits of our agricultural products and mineral resources, creating the effects of multiplier across the economy that will stimulate economic growth.

"We have enough investment opportunities in different sectors that include agro-processing and agro-processing, mining and minerals, manufacturing and added value, tourism development, energy infrastructure development, transport, information and communication technology, water development and irrigation and other sectors. "