Trials Answer Questions About Treatment in HER2 + Breast Cancer 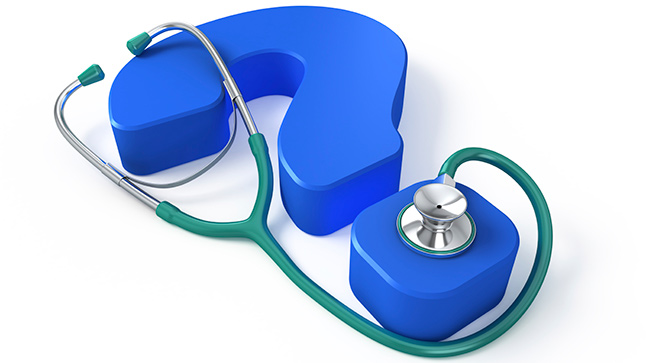 The length of possible treatments for patients with HER2-positive breast cancer have been questioned by recent findings of the NSABP B-52, PERSEPHONE, and APT clinical trials.

Priya Rastogi, MD, senior medical director, NSABP Medical Affairs, Associate Professor of Medicine, University of Pittsburgh, illuminated the subject during a presentation that he gave in 2018 OncLive® State of the Breast Cancer ™ ™ Science Summit. In the summit, he reviewed data from each trial to explain why patients could benefit from eliminating treatments.

The NSABP trial B-52 investigated the regimen docetaxel, trastuzumab (Herceptin), and pertuzumab (Perjeta) alone or in combination with endocrine therapy in patients with HER2-positive breast cancer that are positive for hormones. These patients then went to surgery, with the main primary point of complete pathology response (pCR).

"With therapy to stop therapy that has been targeted by HER2, you may see an escape mechanism through HER1 or EGFR. A logical, when we were designing NSABP B-52, was that if it added estrogen deprivation, you may be able to complete the HER and ER box, "explained Rastogi.

The findings presented at the San Antonio Bronze Cancer Symposium 2016 showed a numerical improvement in pCR for the breast and goals, increasing from 40.9% to 46.1% by adding estrogen deprivation.1 There was also an increase in the pCR of breast cancer, with an increase of 44.2% to 47.4% adding estrogen deprivation. These findings were significant but not statistically significant, Rastogi said.

The conclusion of this study was that an addition of estrogen deprivation to chemotherapy was not an antagonist and did not increase toxicity.

"Given the standard chemotherapy toxicity that was observed on this trial, NSABP B-52 findings argued for a tailored disabling method, where toxic treatments are being replaced by less toxic treatments without compromising results," Rastogi explained.

At the ASCO 2018 Annual Meeting, the findings of the PERSEPHONE trial were presented. In this study, researchers assessed trastuzumab in treating patients with HER2 early breast cancer. Patients on this study were randomly assigned to either 6 months of assistant Trastuzumab or the standard 12 month course.

It is expected to find data with quality of life, outcomes reported by patients, and health appointments of health appointments, but there has been a reduction in cardiac poisoning and other balances with the 6 month course compared to the course 12 months, as well as lower costs in both patients and healthcare systems.

In addition, a predefined sub-group analysis showed that patients who were estrogen-negative receptors, had chemotherapy on a tax basis, or had concurrent chemotherapy with thrastuzumab resulting in more benefit to the 12 month course. Rastogi added that there was only a slight difference in the general survival (OS).

Debate another study that changes the practice of the APT study, says Rastogi. Retrospective data suggested that patients with HER2-positive breast cancer were more than a very low risk of re-occurrence. Rastogi added that the majority of key assistive trials, including NSABP B-52, excluded these patients. Therefore, the APT was designed to address the treatment for this population.

The findings presented at the ASCO 2017 Annual Meeting showed that a sequence of up to 7 years, trastuzumab / auxiliary paclitaxel, related to a few reluctants and 4 distances distant among patients with a negative note HER2-breast breast cancer.3 The 7 year DFS rate was 93.3%, and the 7-year interval was continuous-including invasive locoregional disease, distant remedies and deaths due to breast cancer – at 97.5%.

Researchers came to the conclusion that trastuzumab / auxiliary paclitaxel should be a standard regimen for patients with HER2 breast cancer positive steps that have received chemotherapy and trastuzumab.

"With a long-term sequence, there is an assistant paclitaxel and trastuzumab is linked to excellent results, suggesting it remains a standard regimen for most patients with HER2 breast cancer positive," said Rastogi. "Work is underway to further characterize further indigenous isipipes, and formal analyzes will be carried out to see how the distribution compares with more positive HER2 tumors more of other datasets."

The continuous ATEMPT test (NCT01853748) builds on what was shown in the APT test, Rastogi added. This experiment compares ado-trastuzumab emtansine (T-DM1; Kadcyla) with paclitaxel plus trastuzumab. This phase II test is active, but recruitment has closed.