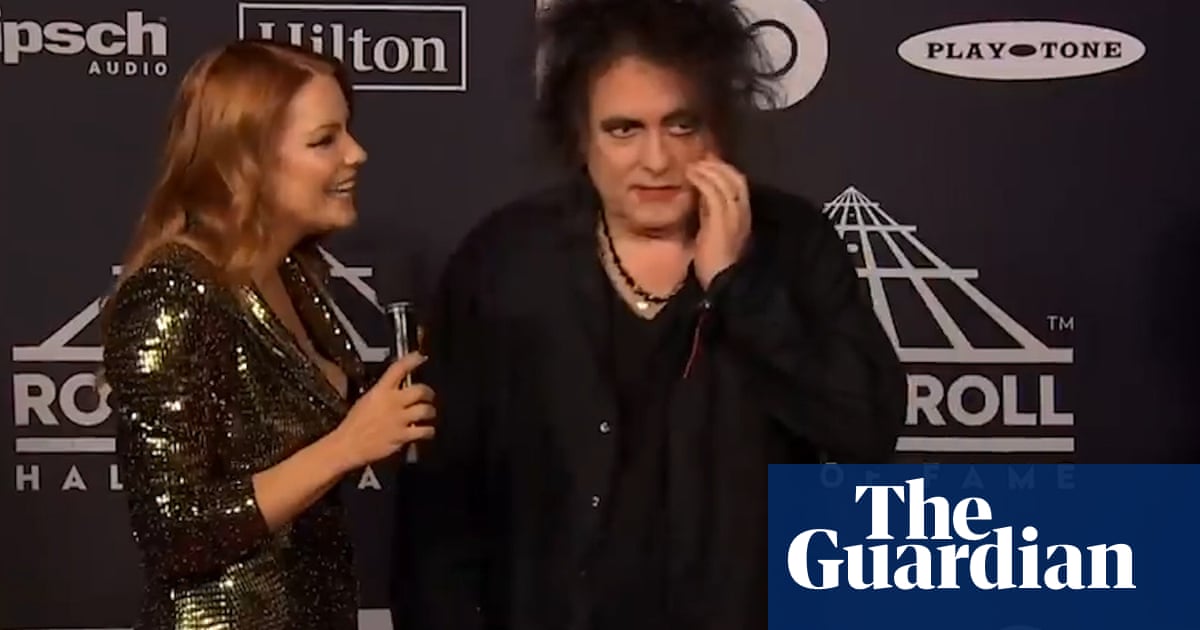 The English rock band, Cure, have been introduced to the Rock and Roll Hall of Fame but news has been shadowed by an interview on the red carpet. The lead response of lead singer Robert Smith to a very exciting American interviewer was viewed over eight million times. It is becoming very obvious that the band is much less enthusiastic about their establishment in the famous rock hall than their interviewer Carrie Keagan.