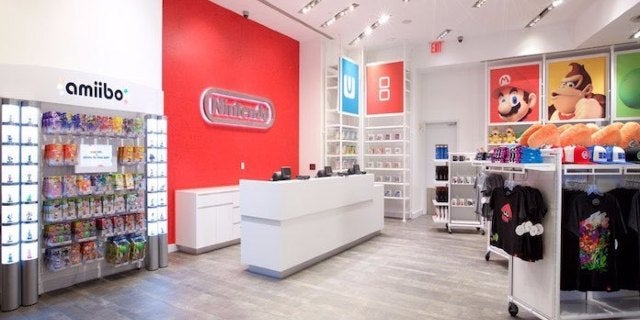 Given how popular Nintendo has been in Japan over the years, we have been surprised that we have no retail location to call themselves over there. After all, New York's shop has been popular years between special events and unique statements.

But, in the end, the Rising Sun Land is about to have a place to call itself. The company today confirmed that it will open its first official retail store later this year, referred to as Nintendo Tokyo. The company will be run, and hopefully it will have the same amount of exclusions as New York. And maybe even more.

Speaking about the store for GamesIndustry International, the company said, "We hope it will be a new point of contact between users and Nintendo that a wide range of people, regardless of their age, gender, or experience with enjoying games

"As well as selling products such as video game, software and character based products, we intend to host events and offer opportunities to play games, and we are preparing to make this shop a new base for communication Nintendo information in Japan. "

For those of you who have not visited New York's location (you can get an overview of the above), are you in treat. Not only do you have a number of Nintendo products that you can buy from a variety of franchises, but there are also playable games, as well as an exhibition of Nintendo products. They even have a Boy Boy system that has been deteriorated by fire and is somehow still work, if you can believe that.

The events are also a lot of fun, including the last year's disclosure Super Smash Bros. Ultimate, where fans lose their minds on an official announcement. Not to mention special items of games that are sold for sale, which can not be found anywhere else.

In fact, Tokyo is about to be treated once it has an official Nintendo location. Oh, and you're welcome to fly down for the opening, men. We are more than happy to dress up like Smash Bros. characters for the occasion.

What do you think about Nintendo opening an official store in Tokyo? Let me know on Twitter at @TheDCD!