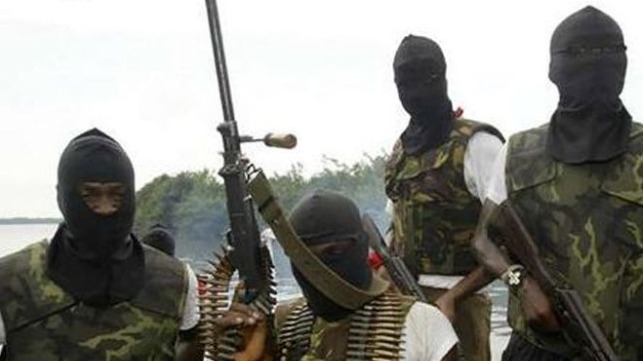 It’s no secret that African waters are among the most dangerous in the world when it comes to piracy. Tom Hanks’ “Captain Phillips” highlight Somali piracy, but the immediate concern is for shipowners on the other side of the continent: West Africa.

The Gulf of Guinea West Africa has been at the top of the charts for some time now in terms of piracy and kidnapping. Last week, however, the problem accelerated: A total of four cases were recorded in one week, spanning November 26 to December 2. In this week, a total of 14 crew members have been directly captured of their ships, something that happened in just three days from two different ships.

In one incident on November 26, the general cargo ship Milan pirates were attacked and boarded, who went on to kidnap 10 crew members. At a separate event three days later, a Greek tanker Agisilaos she was attacked and boarded a pirate in the Gulf of Guinea south of Lome, Togo, while on her way from Pointe-Noire, Republic of the Congo, to Lome. Four crew members – including Filipino, Romanian and Russian nationals – were kidnapped, and the pirates managed to escape the scene.

The last attack was reversed. On December 2, the oil tanker Levanto he was attacked in Nigerian waters by a host of pirates. Fortunately, the guards on board stopped the attack.

Kidnapping rose 40 percent in the Gulf of Guinea in the first nine months of this year, and the West African coastal region now accounts for 95 percent of global maritime kidnapping, according to data from the International Maritime Office (IMB).

West African pirates with guns and knives have attacked everything from oil platforms to fishing boats and refrigerated cargo ships. Out of all the countries in the Gulf of Guinea, Nigeria (especially the Niger Delta) account for the majority of attacks on these ships.