FULL STATEMENT: Anxious MDC For the President of Chamisa Security 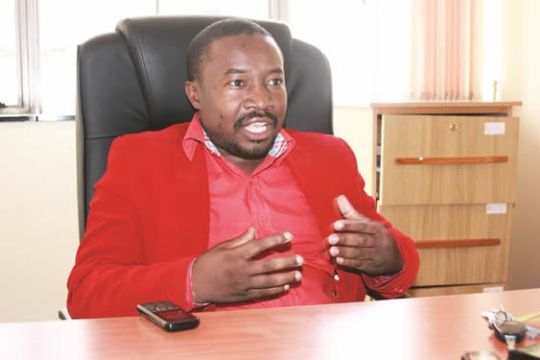 Without Jacob Mafume Ongoing threat to the life of President Nelson Chamisa and we note with concern the continuing invasion of his privacy.

Although we do not understand that it is a public officer, we are very concerned that the State has given apartheid style supervision that is contrary to the Constitution referring to the President's privacy. The concerns about the security of President Chamisa extends not only to him but to his family and other senior leaders in the party.

It's amazing because the surveillance is being done in a way that puts the President's life at risk. They follow their motorcycle at a very high speed, they interfere with the vehicles in their motor vehicle and at times they almost run off the road contrary to road rules.
We are sure the intention is to cause an accident and then blame its drivers of neglect.

What is worrying about the Saturday conversation is that they physically interfere with motocacy and try to capture and capture the President. They followed its traction of Marondera and when they protected the security that they were followed, according to their protocol, they proceeded to go to Ruwa deliberately to keep off the followers who caught their tail. The motorcade and then the President returned to the highway, turned into Mabvuku and sent to the police station where a report was made.

The security observed that those who followed the sophisticated high tech technology were armored and the co-ordinating vehicle had blue lights. Their behavior was calm and trained individuals. In any case, when asked, they indicated themselves as government officials.

This is not the first time for President Chamisa to be followed by armed makers. On 8 September 2018, while coming from a rally at Chitungwiza, his motorcycle was followed up to an Enterprise Initiative where his security personnel blocked the vehicle and that the residents of that vehicle produced firearms before drive.

There was another event on 01 November 2018 where he went to Domboshava for a prayer and he was followed and ended up having to break his short prayers. The bad situation of security in Zimbabwe is that he is not only the president of Chamisa whose life is at risk but his family and the highest leadership of the MDC. Vice President of Senator Morgen Komichi, Deputy Honorable National Chair. Tendai Biti and the Senior Chair of the Youth Assembly. Happymore Chidziva has all their lives been threatened in one form or another.

On 1 August 2018, when innocent civilians were severely killed by soldiers in Harare's streets, we realized that even innocent common Zimbabwe is not safe under this new leak called here.

Interestingly, the victims came to an end being blamed because they died. In the present case, President Chamisa has a lovely and almost fundamental attempt to blame for him to be followed and to be almost caught.

They are now about charging for the victim.

The statement by Monica Mutsvangwa is not merely misleading but malicious and is a direct attempt to influence the police investigation towards a specific direction of charging the victim and not those who do.

We pay tribute to citizens' journalism for recording these cases. Although made by amateurs, at least the videos give an idea of ​​what happened.

These threats on our President and the party break the sacred rights that have been incorporated into our Constitution. Sections 52, 57, 58, 59 and 67 are our democratic rights that appear to have been deferred. Section 219 clearly states that the police must be illegal, a national character, professionally and professionally. The government minister can not talk about ongoing investigations without compromise, in the way Monica Mutsvangwa has just done.

Regarding Saturday's event, one president of the President of Chamisa was injured as he jumped out of the car that had been captured.

President Chamisa continues to be strong, determined, void and very satisfied to prosecute the fight against his logical conclusion. President Chamisa said "you are against me with a sword, shoulder and a rod but I am against you in the name of the Lord of hosts" (1 Samuel 17, chapter 45).

See the New, Change that Supply

If our services helped you, our work would be much safer with your help – For as little as £ 5, you can support ZimEye – and it's just taking a minute.
[ad_2]
Source link
Share