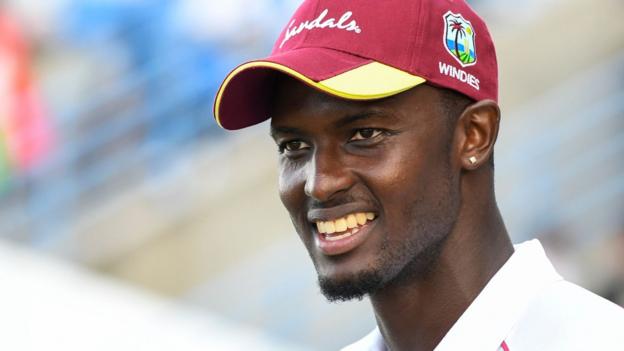 Indian captain West Jason Holder will lose the final Test against England after being banned by the International Cricket Council.

All-rounder, 27, will serve a one-game ban at a slow pace speed in the 10-wicket side in the second Test in Antigua.

The third Test in St Lucia starts on Saturday, with West Indies 2-0 in the series.

A central figure in the West India secured a first series for England since 2009, and its first over any side other than Bangladesh and Zimbabwe since 2012.

The man's holder was nominated after making 202 unexpected and taking two wickets at the 381 victory in the first Test, which ended the top of the ICC sites for the Test of each round.

Holder claimed 4-32 to help Bowl for Wales out for 132 in Antigua on Saturday before the West Indian wins were sealed with two days.

He lost the second Test in New Zealand in December 2017 after being banned for a fast-rate crime.