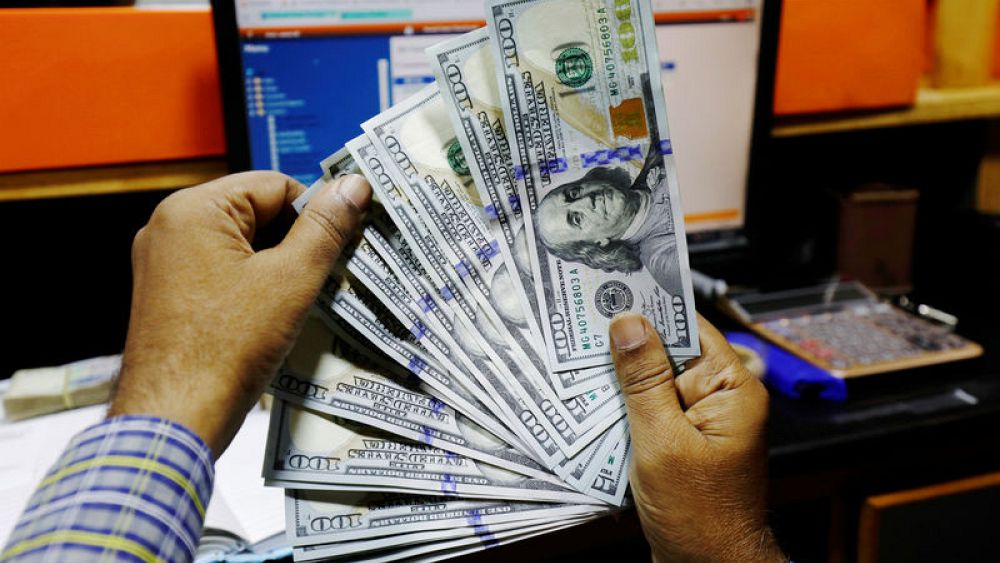 By Tommy Wilkes and Ritvik Carvalho

LONDON (Reuters) – It was supposed to be the start of a dollar downturn. Instead, investors are scaling back those bets as a dovish shift by the Federal Reserve is emulated by central banks worldwide – keeping intact the greenback's interest rate premium over other currencies.

The dollar gained 4.4 percent in 2018 – its best year since 2015 – as strong economic growth allowed the Fed to raise rates repeatedly, even as most other developed economies struggled with weaker momentum.

Traders began in late 2018 to bet the dollar was heading for a fall from 18-month highs amid signs the Fed was nearing the end of its three-year long policy tightening cycle. Many reckoned it would stop shrinking its balance sheet as well.

Other central banks, from the European Central Bank to Australia, were primed to kick off rate rises.

But after falling in December and January, the dollar has recovered, and is up 1 percent so far in February. Against some currencies such as the Australian dollar, it has jumped more than 2 percent.

So even though the Fed confirmed its dovish shift this week in the minutes from its last meeting, it looks like the dollar will continue to enjoy a yield advantage over rivals.

"The dollar's resilience this year has come as a surprise to some," said BlackRock investment strategist Richard Turnill.

"Yet the same factors keeping the Fed on hold – slowing global growth and tightening financial conditions – are pushing other central banks toward a more dovish stance."

Take for instance the European Central Bank. Bets on a 2019 rate rise have been slashed right back and many reckon the ECB is set to kick off a new stimulus round via cheap bank loans.

Japan said it could inject more stimulus if required, while Australia and Sweden signalled they could rethink planned rate rises.

JP Morgan Asset Management's currency chief investment officer, Roger Hallam, notes the euro is widely forecast to appreciate in 2019 towards $ 1.20 from $ 1.13 currently. But the trade slowdown and signs of above-trend U.S. economic growth could hamper the single currency, he said.

Crucially, the market may also need to adjust further to a more dovish ECB, Hallam said, adding that "relative interest rate differentials are now more likely the move in the US dollar's favor in the coming months."

Even if U.S. Interest rates fail to rise further, they compare favorably with sub-zero rates in the euro zone, Japan, Scandinavia and Switzerland. Australian interest rates stand at 1.5 percent.

The dollar has weakened this year against emerging markets, where bigger yields are luring investors, but there are signs that the rate hiking cycle in developing countries has come to a halt too. India this month cut rates and is forecast to cut again in April.

As for global liquidity, the collective balance sheets of the Fed, ECB and the Bank of Japan shrank in late 2018 for the first time since 2015.

While that was mainly down to the Fed, the shrinkage is predicted to move slower from here – the U.S. central bank this week confirmed it would soon announce plans to stop reducing the size of its balance sheet.

Steve Donze, senior macro strategist at Pictet Asset Management, forecasts the Fed shrinkage will conclude at end-2019 with the balance sheet at $ 3.75 trillion – and then growing in line with GDP.

"The market has gotten ahead of itself in how much dovishness we can expect from the Fed. The market will have to correct itself and that should provide some support for the dollar," said Andreas Koenig, global FX head at Amundi Asset Management, Europe's largest fund manager.

Investors, however, are not predicting huge gains from here – on a trade-weighted basis the dollar's real effective exchange rate is already above 20-year averages, potentially limiting further upside.

Speculators, meanwhile, have pared back their dollar positions but they remain net long the greenback by a large margin.