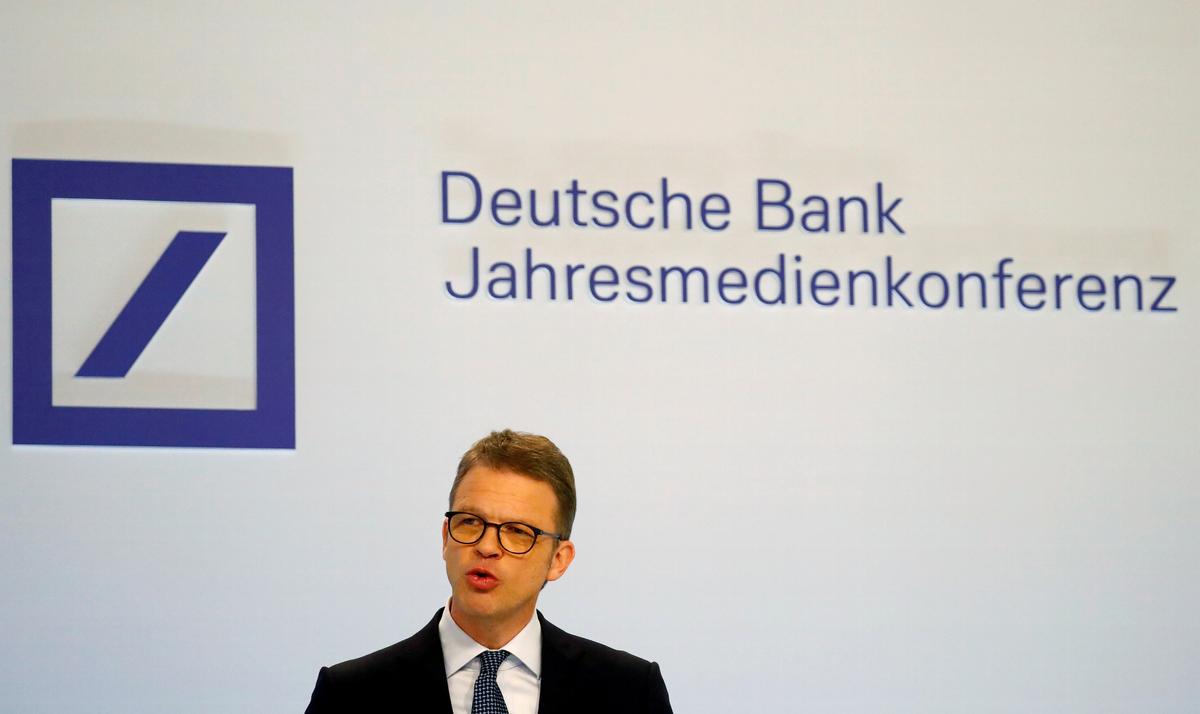 FRANKFURT (Reuters) – Berlin is so worried about the health of Deutsche Bank that it pushed for a merger with rival Commerzbank even though it could open up a huge financial shortfall, a German official told Reuters.

Deutsche Bank's management board has agreed to hold talks with Commerzbank about the feasibility of a merger. The state owns a 15 percent stake of Commerzbank and is expected to be a shareholder in the new group.

The German official said that any tie-up would likely result in a multi-billion-euro hole because a switch in bank ownership legally triggers a revaluation of assets such as government bonds.

They would be revalued at a market price which is typically lower than the one registered on the accounts. A second source, who is familiar with the talks, said they also expected a shortfall after the potential merger.

Rating agency Moody's has said that a takeover could result in a "downward valuation adjustment for parts of Commerzbank's asset base".

A second German official said Deutsche's future was in question because high costs left it with little profit. Asked about a merger between the two banks, a third official said one was urgently needed to reduce the number of branches in an overcrowded market.

Both said a buoyant jobs market in Germany made it easier to make staff cuts without prompting large protests because those employees would be easily able to find other work.

Spokespeople for both banks, the German finance ministry and the economy ministry declined to comment for this story.

Deutsche Bank has said it is stable. Last month, as it announced a return to profit in 2018, its chief executive Christian Sewing said it was "on the right track" for growth and lower costs.

The banks will make a decision about whether to pursue a merger within weeks, a fifth source said.

"In 2016 … Deutsche went to the brink," said the first official. "They have not really got out of that hole … It's legitimate to ask: … how dangerous is that with systematic relevance?"

While having the government of Europe's largest economy as a shareholder would give the group some weight, it would also be humbling for Deutsche Bank, once a symbol of German strength on Wall Street and London.

Its share price has tumbled after a string of scandals and fines including a $ 7 billion plus penalty in 2016 for selling U.S. home loans that unraveled in the financial crash.

A key measure of its default risk, a form of insurance known as credit default swaps, has risen.

The Deutsche's significance was underscored by the International Monetary Fund in 2016 when it said the bank's links to the world's largest lenders made it a bigger potential risk to the wider financial system than any other global bank.

Berlin has been examining options for Deutsche for many months. Senior German officials even participated in informal, exploratory discussions in recent months with Switzerland's UBS about a merger with Deutsche, two more sources said.

But there was little appetite in Switzerland for making UBS bigger or for merging with a weaker Deutsche, so German officials reverted to Commerzbank, those people said. A UBS spokesman declined to comment.

The sources said it was not clear how any shortfall would be filled or even what size it would be.

The first source said that capital shortfall would be in the order of billions of euros although he noted that some people said there would be no need for fresh capital.

The new group could get financial support from a new fund that will be set up to support strategic industries in the face of competition from China.

German officials have identified Deutsche Bank as a national "champion" and the fund is expected to provide state backing or guarantees that would help companies raise cash from pension funds or insurers.

"I would get in private capital," said a fourth German official. "An international bank is strategic." It is not clear how big the fund will be.

Officials also see the potential merger as a way to protect Commerzbank from being snapped up by a foreign rival, which could make Deutsche's problems worse.

Some experts are skeptical, however. Jan Krahnen, a member of the academic advisory board of the German finance ministry, said he had "strong reservations" because building such a "national champion … is blatantly against the spirit of Europe."

Achim Wambach, president of influential German think tank ZEW research institute, said it was unclear whether such a tie-up would improve financial stability.

Klaus Adam, a professor of economics at the University of Oxford and also a member of the advisory panel to the finance ministry, said Deutsche Bank's "reputation problems" could rub off on Commerzbank.

Customers 'and peers' faith in Deutsche was shaken after the 2016 fines. A raid on the bank by police in November as part of an investigation into money laundering and two other scandals further shook confidence and hurt revenues.

Such matters "of course … were not helpful in the fourth quarter of 2018," the bank's co-deputy CEO Karl von Rohr said.