Why stop the investigation of the accused who jumped to the floor in court? 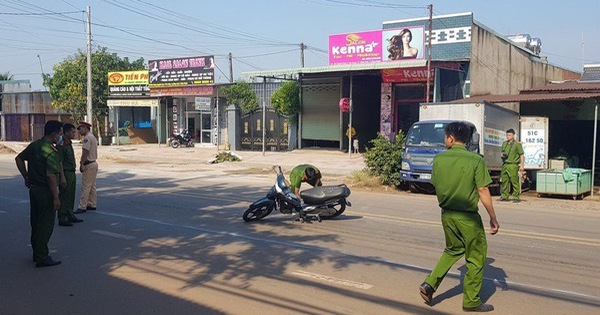 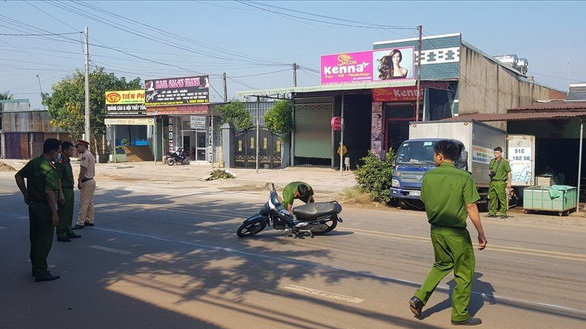 Authorities experimenting with the scene of the accident – Photo: BL

Luong Huu Phuoc (55, lives in Dong Xoai City) is the defendant in the case. After the verdict, Mr Phuoc took a pesticide and jumped upstairs to commit suicide at Binh Phuoc People’s Court provincial headquarters on May 29 because he believed it was an injustice.

During the re-investigation process, the investigating agency has explained the problems that a high-level People’s Court hate decision in Ho Chi Minh City creates. Since then, the CSDT Department of Dong Xoai City Police believes there are sufficient grounds to determine that Mr. Luong Huu Phuoc violated the regulations on driving a road vehicle.

However, due to Mr. Phuoc’s death, the Dong Xoai City Police CSDT Department suspended the investigation of the suspects against Mr. Phuoc. At the same time, on re-investigation, the investigating agency determined that the case was just one accused, Mr Phuoc, there was no problem neglecting the crime and not prosecuting criminal responsibility with Lam Tuoi.

This content is in the case file. Also, the decision to suspend the accused’s investigation or to discontinue the case merely states the reason for the suspension as “the person who has committed a dangerous act to society has died”.

Mr. Vang also said that the Dong Xoai People’s Defense Foundation is proposing to coordinate with the Dong Xoai City Police to hold a press conference to inform the public.

The victim is struggling

According to the restraining decision, it can be understood that the investigating agency is of the opinion that Mr Phuoc is guilty and that Mr Lam Tuoi is not guilty. Quite complex legal issue: how will compensation be resolved? Because a decision to hate the High Level People’s Court Judicial Committee in Ho Chi Minh City has canceled two appellate and first two-level Binh Phuoc People’s Courts to re-investigate.

And when no valid court verdict has been pronounced guilty, Mr. Phuoc is considered not guilty and cannot be charged with compensation liability. In addition, on behalf of compensation for damages the victim will have to go to court in civil proceedings.

On May 9, 2017, the CSDT announced a decision to prosecute the case, prosecuting the accused for investigating “violations of road traffic driving regulations”. During the first case, Mr. Phuoc was sentenced to 3 years in prison by the Dong Xoai City People’s Court.

Mr Phuoc appealed injustice. On the morning of May 29, 2020, after 3 days of appellate trial, the People’s Court of Binh Phuoc province declared the verdict in the first instance. Then Mr. Phuoc to Binh Phuoc Provincial People’s Court headquarters, jumped from second floor to floor and died.