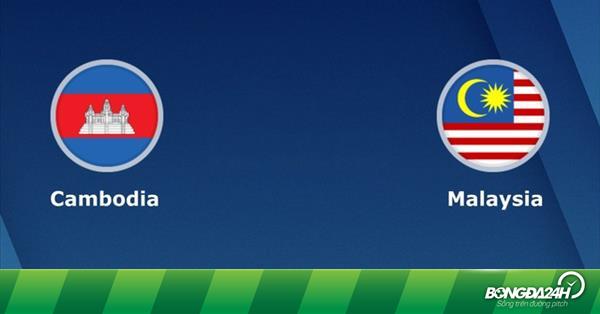 – MINUTE 3: OPPORTUNITIES. The first game of the game when the home team 12 Sos Suhana extends to the team but is not very convenient so the last shot can not be difficult for the keeper of Malaysia.

– RECORD: The Cambodian owners are very good starters and some of the most respected Malaysian visitors. Chan Vathanaka, named "Messi Campuchia", has the opportunity to stay in Malaysia, but once again the Cambodian player fails to blow.

– NOTE 12: CHANGE. No.5, Visa Soeuy, captain of Cambodian, launched a long shot and went to the ball to reach the target.

PHUT 15: Malaysia was the first major game in the game when it was No. 4 Safari crossing the ball to the area of ​​16m50 and a Cambodian defender was not good, opening the opportunity to Radzak Adha captain but this player can finish it Yes, partly due to lack of preparation that can not cause a real risk to the Cambodian goal.

– SEE 22: CHANGE! Talaha got the ball right in front of the area. However, the blow in the empty position of the number.

– FEATURE 26: DIRECT ADDRESS Malaysia opened the scoring almost after the ball in the middle and then hit the ball in the left foot from the edge of 16m50 to the bottom corner and the ball blamed off the column .

– MINUTE 30: OPEN MOSTAGE OF NUMBER. After the first pressures, Malaysia began to return to the original order when the team is stronger than the team and what's coming up too. No. 9 Idlan Talaha made a technical shadow close after the team's tectonic era, making the Cambodian goalkeeper.

– RECORD 33: CHANGE! Defender Soeuy Visal succeeded in lobbying and losing the ball in front of the goal and then No. 8 Zaquan Adha Abd Radzak gave to knock and kick the net. Fortunately, the adjudicator decided that the Malaysian player had fallen into an external site in the last situation.

PAN 39: The Cambodian Chan Vathanaka star came to the keeper of Malaysia but was too slow and Che Mat's goalkeeper made it too dangerous for visitors.

– The first half ended with a victory to Malaysia. The guests of the Cambodian play were not bad, many times equally but the level of substandard meant that they took the goal.

– The game was back after the break.

– PHUN 55: Malaysia still has full control of the game with the ability to play hard on the field. Cambodia needs to work harder if he wants to get equity.