The industrial zone stocks were exacerbated, VnIndex was still hard 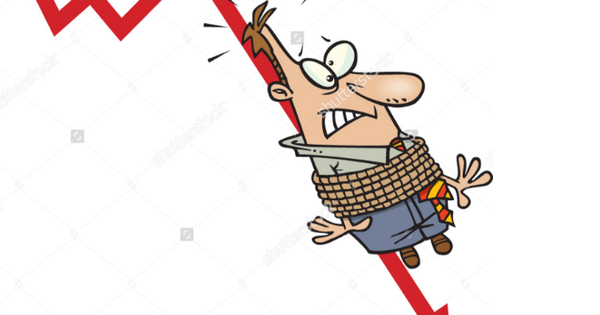 By the end of the first session of the week, two stock exchanges did not have many big stories to say when the market was still moving side by side. In the end, VnIndex lost 0.65 points to fewer than 985 points, HNX-Index increased slightly 0.1 points to 108.32 points.

In VN30, HPG fell for the fifth session in a row, holding trading at 5 million shares. ROS continued to "old" game when the session fell deep and restored at the end of the session. CTG left for the second session in a row despite news that it could sell more debt to VAMC. Today, VRE and VIC shares of Pham Nhat Vuong "billion" have continued to increase slightly while VHM shares have decreased the largest in the VN30 group. An outstanding group in the VN30 group today is NVL shares of Novaland with a 4.5% increase.

ITA and LHG included the amazing industrial zone stocks when they reached the purple in most of the session. KBC increased by 2.3% with a liquidity of almost 5 million units, quite high compared to the average for the latest 10 sessions.

After many efforts last week, VnIndex terminated any 1,000 points. These unsuccessful developments made many investors disappointed and sold, pushing the index to 985 points.

As we know, VnIndex has been "flabby" for a long time in this place from before. Therefore, returning to the old price level can cause VnIndex to need more time and a motivation to re-prosper.

According to the recent market context, investors expect the stock group to be a banking group. However, the banking group after a few sessions earned a few weakening the price and demand of the amount of investors received to cut the loss, find other leading stocks .

The second line of stocks is expected to be an oil and gas group but as a banking group, the oil and gas group was disappointed quickly when most of them were strong last year and now there is not much incentive to break through it. .

GTNfoods GTN is the most multi-story stock in the current stock market. Despite the green or red stock market, GTN has increased steadily since the Tet holiday and has now increased by more than 50%. This morning, although the market finds it difficult, GTN still earns 1.5%.

YEG is a big pain for many investors last week. YEG shares have dropped to the floor for 6 consecutive sessions and trillions of capitalization have gone after the "bargain" information with YouTube has been broken. It should be noted that, in the past, YEG has repeatedly reduced shock and has increased rapidly, so the chain has recently declined many investors because they did not understand the source, so they buy money and suffer heavy losses. YEG is a stock market on the edge, so when the stock falls deeply, the boundary sales pressure of the border will be very much.