Save the person drowned, a woman fell straight to the sea to die Having struggled with the diving water to save you successfully, a woman fell to the Tam Thanh beach in Quang Nam to die.

On afternoon February 22, Tam Thanh's society leader, the city of Tam Ky, the province of Quang Nam, confirmed on Tam Thanh's beach, only one woman died after rescuing people who drowned.

According to the leader, a fisherman told him: about 14 pm on the same day, a group of tourists came to the Tam Thanh sea village playing. Then Ms. Nguyen Thi Tuyet L. (SN 1982; Hanoi city) and a daughter of the age of the beach that borders Thuong Thanh and Town of Thanh (the community of Tam Thanh) to take a bath. 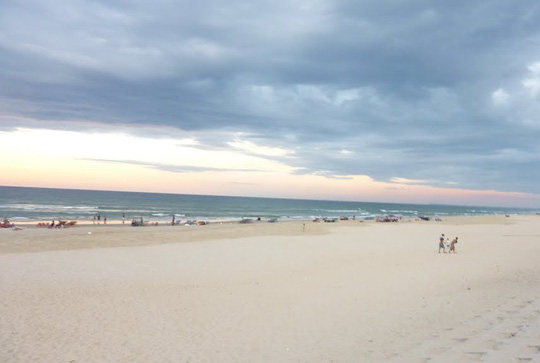 Tam Thanh Beach, near the area where Ms. In distress – Photo: Internet

During the shower, unfortunately, Luc's friend fell into a deep deep area leading to drowning. When seeing that, Ms. L. out to rescue, finding it difficult to cope with the turning water that brought a friend to the bank. At this time, the fisherman discovered that the incident had come to support Ms. L. to bring a friend to the bank.

When taking a friend L. to the shore, the fisherman saw Mrs. L. fell back on the water but thought Mrs. L. has grown in the ocean to rest and relax after having trouble with the waves to save you. After a while, Ms. did not see. On the shore, people suspected they had bad things running down the sea to find and rescue, L died.

The leader of the community of Tam Thanh said that Ms. L. in very few people, about 2km from the Tam Thanh beach and no rescue police. At present, Mrs.'s body L. was taken back to her home to take care of her death.