Quang Hai is bored with the ball 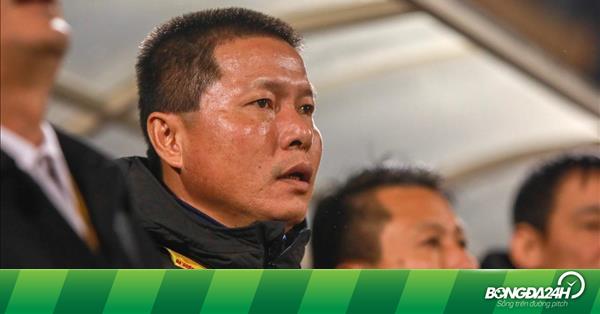 Chu Dinh Nghiem Trainer is not satisfied, although Hanoi FC has won a 5-0 win over Na Quang Ninh in the V-League 2019 game.

Not satisfied even though he wins great

Even in the opening of the V-League 2019 competition, Hanoi FC won a 5-0 victory over Na Quang Ninh. This victory once again shows the defense champion's power in the trip to defend the king in the new season.

Bui Tien Dung injury was revealed to take about 10 days to recover from arthritis. Meanwhile, a midfielder has a knee injury and will take another 10-15 days to return.

Despite winning "5 stars" but Chu Dinh Nghiem coach confirmed: "There are many unsatisfactory times, because players move on, without allowing them to be happy. Players must play in order to improve themselves and contribute to the audience ".

Quang Hai is bored with the ball

When receiving a question about the performance of Quang Hai is not very good, Chu Dinh Nghiem coach said: "Hai is not overloaded but it shows signs of boredom, if you let him sit outside too much, it will not work. I'm going to get Hai to regain the feeling of playing football. "

In 2019 AFC Cup Arena, Hanoi FC set a high target by revealing Chu Dinh Nghiem coach. He also confirmed that he will continue to rotate the team in the coming time when Hanoi has to strive on many areas.

"We have to work out for each game" – share the Hanoi captain "" The intensity of the game continues continuously, so I have to calculate and replace and change dramatically. I took some players in this game to keep the game later. By the next games we had to do that, but we could not replace it awfully. "

The Viet Anh actor’s face was stiff, his nose was distorted, causing agitation

Which teams have joined the 1/8 Champions League round?