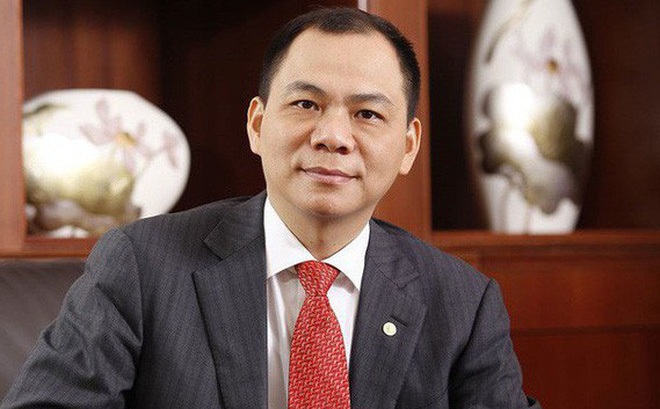 VIC shares of Vingroup are quite impressive. In this trading day, this code continued to increase 1,900 dong, which equates to 1.63% to 118,400 dong / share, the highest historic price in this stock code.

At this price, VIC has increased its price of almost 16% within 1 month of trading and 66% increased compared to this time 1 year ago. The February 21, 2018 session also witnessed the VIC that hit the bottom of VND 74,400.

With this growth of the VIC share price, many investors in the past have "won", especially long-term shareholders. In addition, VIC has also helped Mr. Pham Nhat Vuong – President of Vingroup to continue to constantly be the super superb Forbes site.

The Forbes update shows, up to this point, that the value of Mr Pham Nhat Vuong's asset has reached 7.7 billion USD, reaching the 200 richest people in the world with the 195 site. Accordingly, Mr Vuong has is much more than the world's most famous figures such as Jay Y.Lee "Prince Prince Samsung" ($ 7 billion – number No. 223); Hyundai Chong Mong-koo chairman (4.2 billion USD, ranked 482) or billionaire Donald Trump (3.1 billion USD, 746).

The wealth of Pham Nhat Vuong is also more than the assets of Herbert Kohler, Jr. – Chairman of the Kohler company, it is said to be one of the 25 great figures that are the world-wide entrepreneurs. The fortune of Kohler Chairman was determined to be 7.6 billion USD, located in 197 in the world.

After a successful European Eastern career and returning to Vietnam, the current "head teacher" Vingroup is also richer than Alexei Kuzmichev, a Russian oil tycoon ($ 7.5 billion, located in 202). Last year, the Russian billionaire held investment coverage in the 2018 World Cup.

On the stock market, it continued shaking this morning (February 21). However, closing the morning session, with substantial help from some large cap codes, had won 7.37 points, equivalent to 0.76% to 977.95 points. Meanwhile, HNX-Index was corrected slightly, losing 0.01% to 106.29 points.

VNM suddenly increased this morning, contributing to VN-Index with 2.28 points. In addition, VIC still plays a strong "pillar" role for the index with an effect of 1.84 points. VRE, VCB, MSN, GAS, AGB … have increased. In the opposite case, VJC, EIB, BVH, CTG, ROS refused … but the influence of these codes on the general index was not significant.

According to VCBS Securities Company, since the end of the Lunar New Year holiday, a higher number of trading has come together with the move up and above the average level in the previous sessions. reflected a positive trading feel in the market.

However, the current index currently varies from a fairly strong resistance of 970 points and is likely to accumulate in this zone in the next few sessions before it appears to be a short-term trend new.

In such a context, VCBS recommends that short-term profit investors can be able to observe more changes in the domestic stock market as well as new developments in the international financial market to adapt. Investment strategy accordingly.