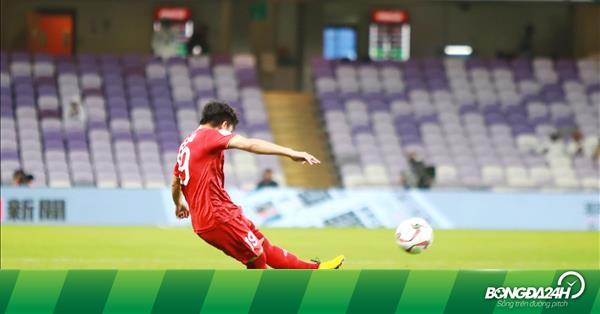 After Quang Hai's information appeared to Alaves, the side of the Hanoi FC gave an unexpected response to the biggest player of today's football.

Quang Hai does not come to Alaves?

After 2019 an Asian Cup successfully evaluated with Vietnam Phone, Quang Hai's information to Alaves appeared much on the mass media. As expected, Quang Hai will come here to train about 10 days in mid-March.

This information engages in Vietnamese football fans when Alaves plays in La Liga – one of the top five European leagues. However, Hanoi FC has recently unexpectedly reacted to this "bargain".

Hanoi's executive director Nguyen Quoc Tuan said: "I have not heard of this information. A team in Spain asks to buy Quang Hai but this is the team in the First Division. Give a certain level But the price, but we have no intention to let Hai abroad, and I have never heard of going abroad, I've never heard. "

Co Din Chu Chin Coach also spoke about Quang Hai to Alaves: "There is currently no specific meeting with any La Liga team about Quang Hai who goes there to try, or even practice. ".

"I always support good players from Vietnam football to compete in overseas. But obviously, play players really have to do not just make pictures or brands."

In addition, another interesting issue is that Quang Hai will be likely to focus on competing in the U23 Asian 2020 competitor in March. So, if Alaves had been invited in mid-March, Quang Hai would be difficult to go at this time when the U23 2020 Asian Cup is considered very important for Vietnamese football.