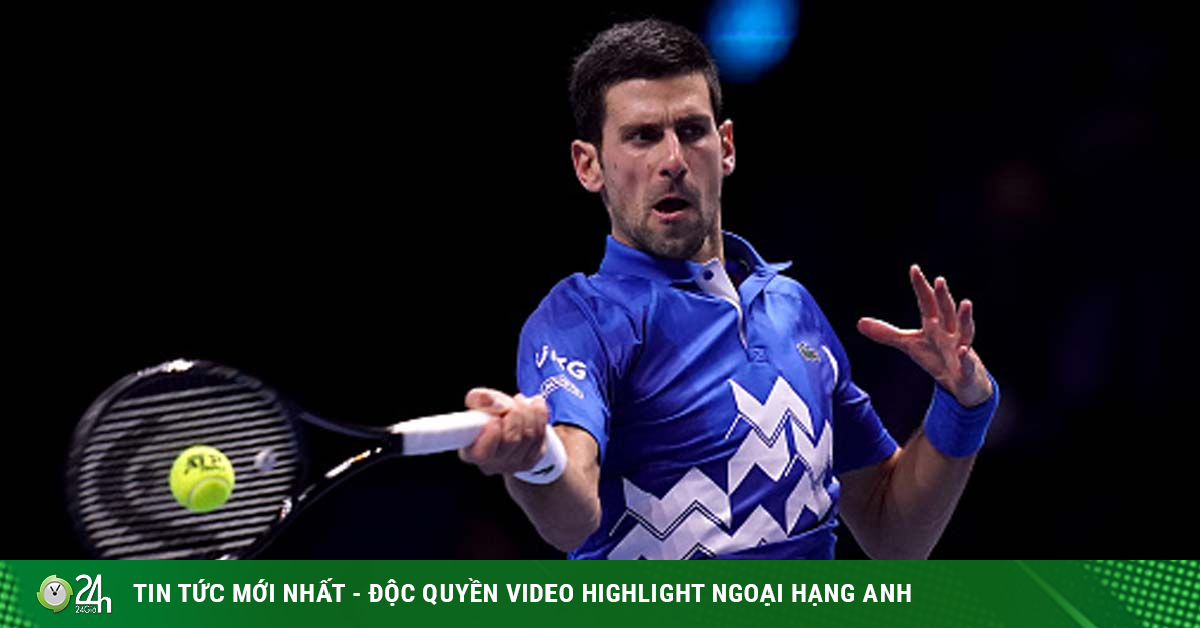 (Djokovic tennis video – A.Zverev, 2020 group stage ATP Finals) The scenario of the two sets is the complete opposite of when set 2 must be terminated by a series of tie breakers.

Novak Djokovic and Alexander Zverev face off in the final round of the ATP 2020 Finals group stage. This is considered a “deadly” war when deciding on the final ticket to reach the semi-finals. They lost to Medvedev and won against Schwartzman in the previous two rounds.

Djokovic is a better start. Nole won game “white” and led 40-0 in game 2. A.Zverev saved only one break and was soon down 2-0. Having the advantage, Djokovic seized the opportunity, although Zverev also had a chance to win a break and finish the first set 6-3.

At the risk of being eliminated early, A.Zverev had one of the best sets since the start of the tournament. The German player uses a powerful serve to get an ace or forces Djokovic to return the ball easily and then gets a winner.

The tension was pushed to its peak when they both neutralized the risk of a break and were forced to use a tie break to win or lose. In a series of “gunfight” decisions, Zverev proved more inexperienced, so even with the lead, he still lost 4-7, thereby losing the final score 0-2.

Thus, Djokovic is the last name to participate in the semifinals of the ATP 2020 Finals. Serbian tennis player opponent Dominic Thiem while the other pair, Nadal face Medvedev.