Cars hit a series of motorcycles, crashing the café along the way 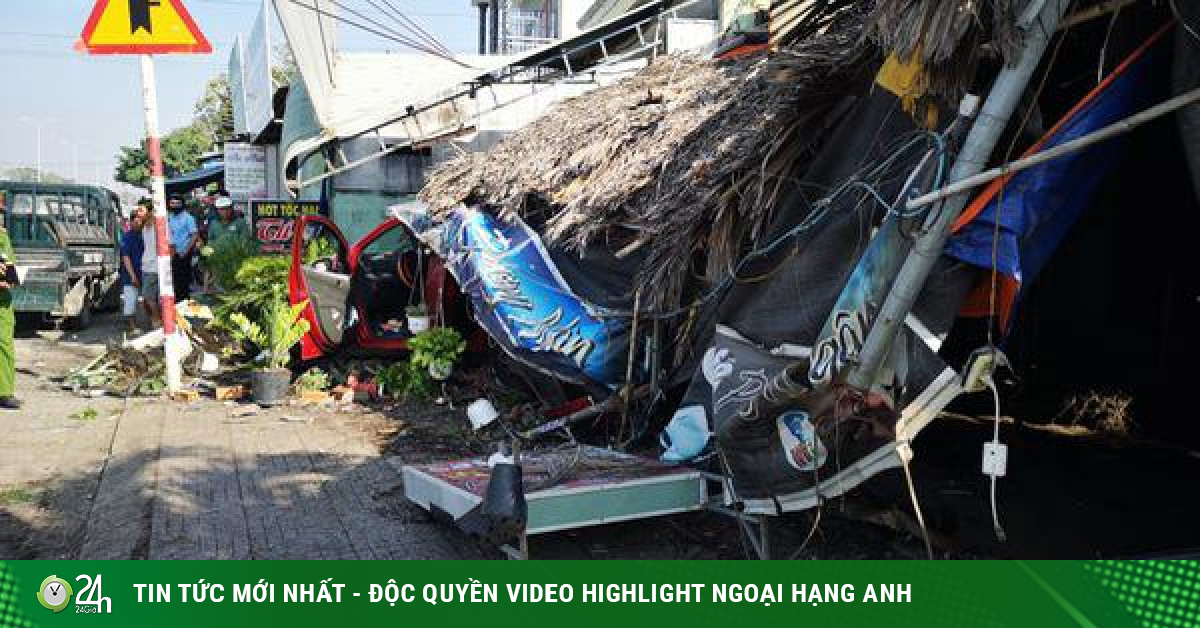 A 4 seater car suddenly hit the sidewalk, crashed 3 motorcycles, then ran another 100m, crashed on the side of the road. A traffic accident injured a woman selling coffee.

On the morning of December 5, the Traffic Police Team – Phu My town police (Ba Ria – Vung Tau province) investigated the scene, investigated the traffic accident between a 4 seater car and many motorcycles, crashed a cafe. roadside coffee. 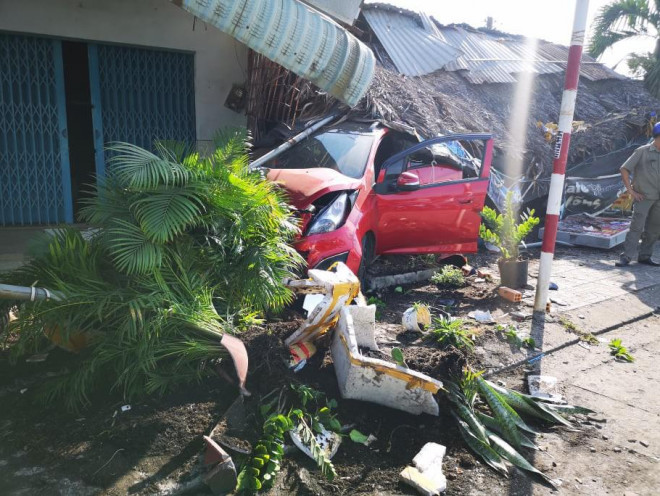 Cars crashed into cafes and then rushed into people’s houses

Before that, at about 7:30, on Highway 51 (residential group 5, Phuoc Lap neighborhood, My Xuan ward, Phu My town), a 4-seat car from the moving driver circulates from the city direction. Vung Tau returned to Bien Hoa City (Dong Nai province), losing control suddenly.

This car rushed to the curb and then ran into 3 motorcycles of customers drinking coffee on the sidewalk and 1 portable coffee car. The accident caused one woman selling coffee to be injured. 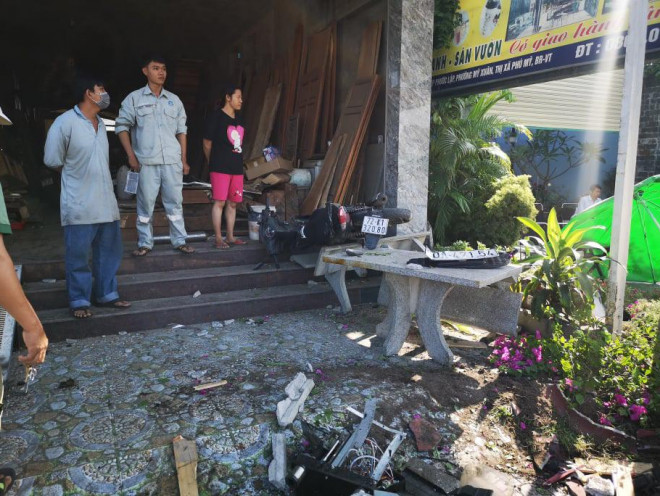 A motorcycle was thrown

After that, the car continued to run for nearly 100 meters, dropping a cafe with a leaf roof and a new foyer from the house. According to the people, after the accident, 6 people got out of the car, including 3 men, 2 women and 1 driver.

Some pictures of the accident: 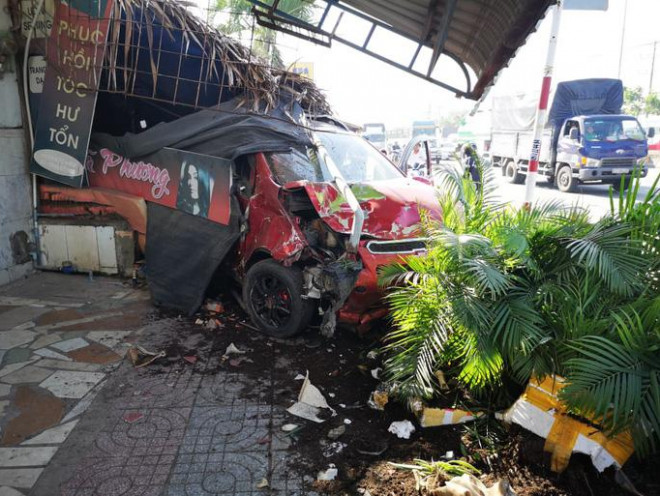 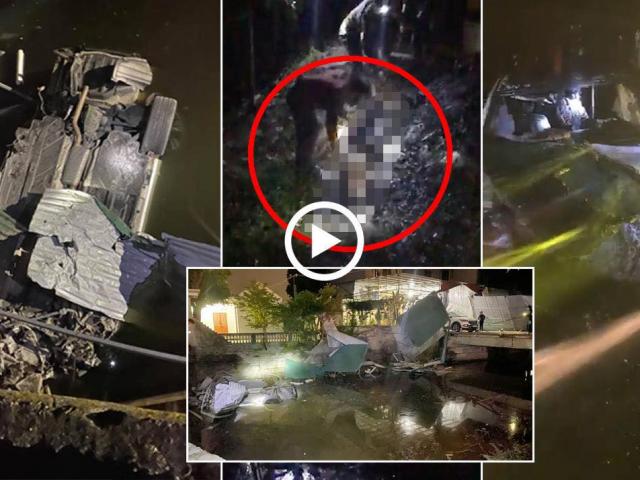