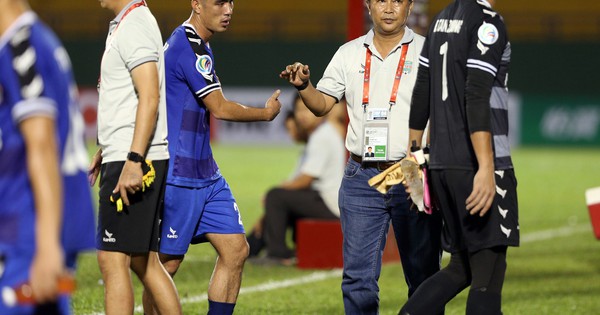 In the morning of April 1, the B.Binh Duong Club went to Myanmar to prepare to play against Shan United in the third round of the A Cup Cup in the 2019 AFC tournament held at 4:00 pm on the Thuwunna Stadium in Yangon's capital. . After the resignation of coach Tran Minh Chien, coach Nguyen Thanh Son was given temporary authority and when he returned to Vietnam, the new club leaders met with the whole team to decide on the appointment of the new coach. 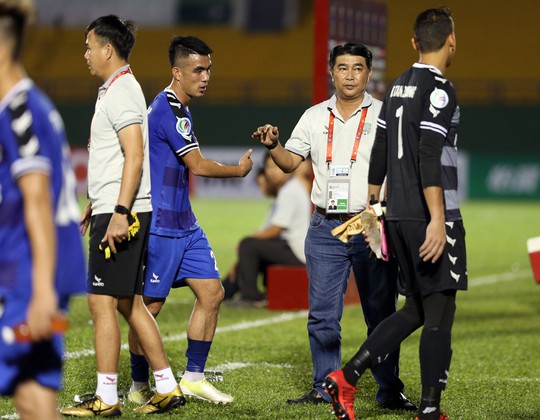 After the B game after B, Binh Duong lost to Negros on the second round of the AFC Cup 2019 group Photo: Quang Liem

He experienced leaving B.Binh Duong with a brief statement, coach Tran Minh Chien quite relaxed and mentally when he spoke regularly with friends on social networks. Whenever he was asked about the cause of his departure, he kept quiet, turning to other issues about everyday life. However, close friends and supporters valued coach Tran Minh Chien's self-esteem, when he was ready to leave because he could no longer receive support from the club leader and could not find a voice. with the players in the team.

Returning to B.Binh Duong's position in the days when the Minh Coach left the team, temporary coach Nguyen Thanh Son was given the task of directing this team's training sessions. The work is not new when Mr Son has been with Duong B.Binh for many years in assistant and headteacher roles as a coach when the club has not found good people. After being appointed to B.Binh Duong's hot seat in the next games in the AFC Cup as well as the 2019 V-League, coach Nguyen Thanh Son said: "I'm a member of the club so there are The assigned leaders must be real but I'm willing to step back from the assistant job once B.Binh Duong sees the right person in sit on the team's "hot seat".

In order not to break the chances of going to stage soon, B.Binh Duong had to win over Shan United during this visit. After 2 games, B.Binh Duong had only 1 point, while Shan United lost all, splitting 2 final places temporarily. In this game, the team holding the Vietnam National Cup does not bring goalkeeper Bui Tan Truong, who is led by the club to give the team best to V-League because the goals are frustrating public opinion. Tan Truong will replace Pham Van Tien, a mature keeper of the HAGL training furnace.

Receiving a representative of Myanmar Yangon United at 19:00 on 2 April, the aim of Hanoi Club is to win all of the 3 points to keep F Group top although Quang Hai and Dinh Trong will get a cure. Even during Vietnam Under 23's team playing U23 Asian qualifier at My Dinh Stadium, Hanoi FC is still practicing 2 sessions / days instead of other clubs only for 1 session / day practice players. After 2 games, Hanoi FC and Tampines Rovers from Singapore share the top two places temporarily with 4 points.