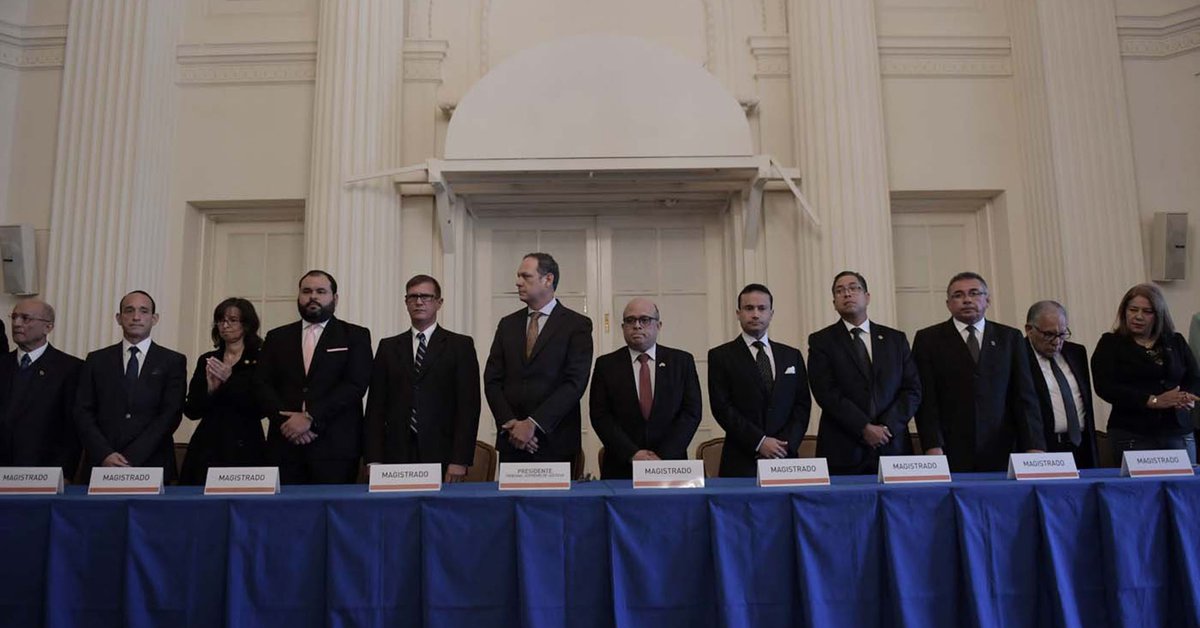 The Supreme Court’s election chamber announced Venezuela’s deportation on Thursday repeals the “fraudulent call for parliamentary elections” for this December 6 and endorsing the continuation of their current positions of members of the Venezuelan National Assembly, of which Juan Guaidó, who is recognized as acting president by the governments of more than 50 countries.

In a judgment signed by “speaker magistrate” Domingo Javier Salgado Rodríguez, the court included exiled magistrates who do not recognize the legitimacy of the Nicolás Maduro regime or organizations such as the National Electoral Council he ruled on a petition for electoral protection filed by Ismael Concepción García, with whom other Venezuelan citizens joined.

The court declared itself “competent” to attend the petition and agreed to treat it urgently after presenting a series of considerations, legal clarifications and grounds for the ruling in 13 pages. Petitioner required the court to rule “on the invalidity of this fraudulent process and, consequently, on the necessary constitutional continuity of the National Assembly, the legislative body and the Board of Directors” chaired by Juan Guaidó.

As well as being president of the National Assembly, Guaidó exercises “the functions of interim president of the Bolivian Republic of Venezuela,” the candidate said. In the rapporteur’s magistrate’s opinion, “the alleged electoral administration actions, including the fraudulent call for parliamentary elections held on July 1, 2020, on behalf of those who hold the Electoral Power, are invalid, because invincible null, ineffective and non-existent “.

Salgado Rodríguez also made room for the request to continue parliamentary representation of the deputies elected on December 6, 2015. The continuation is justified “because there was no legal call to elect the deputies to the National Assembly for the period 2021-2026 and in the absence of constitutional regulations.”

“The people, in the exercise of their sovereignty, elected their representatives to the National Assembly on December 6, 2015 and so forth Only he, by fresh vote, can elect his new representatives within the constitutional framework”, Highlight the outlaw magistrates.

Legislative elections will be held in Venezuela on December 6 without opposition participation. The governments that do not recognize the legitimacy of the early 2018 elections in which Maduro was the winner and consider Guaidó, the country’s acting president, do not know the validity of this Sunday’s election call.

Nicolás Maduro closed the campaign for the parliamentary elections: “If we lose, I’ll leave Miraflores the same Sunday”