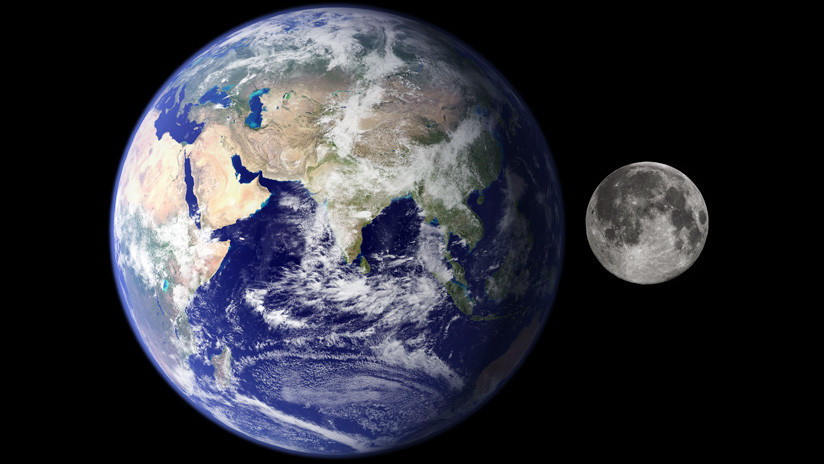 The Earth's atmosphere extends far beyond what is believed to date, according to a recent study by Russian researchers based on scientific observations that were in archives for more than 20 years, waiting for the day they would are analyzed.

Thanks to the data collected between 1996 and 1998 from the Solar and Heliospheric Observatory (SOHO) of NASA and the European Space Agency (ESA), a group of scientists from the Russian Science Academy Space Research Institute, led by Igor Baliukin, managed to ensure that the borders of our planet's planet they are, in fact, 630,000 kilometers, a distance that corresponds to 50 times the diameter of the Earth.

This means that the Moon (which has located at an average distance of 384,400 kilometers) It is not outside atmosphere, but in the middle. In fact, the only planetary satellite of the planet is orbit within the atmosphere of the Earth, as its artificial satellites are many.

SOHO The information was revealed casually as it mapped the geocorone or earthly exosphere, The most perfect luminous region of the atmosphere formed by clouds of hydrogen atoms that shine under the influence of ultraviolet radiation.

The first telescope on the #Mwn, set by the Apollo 16 astronauts in 1972, holds a stimulating image of the geocorone around #Earth and lightly glowing in UV light. At the time, the astronauts did not know that they had actually embedded on the outskirts of the geocorone!
?@ NASApic.twitter.com/S45h4y9dip

However, this layer is very thin and it is only from a space that can be observed, so It's very hard to measure. So far, its external boundary is estimated to be about 200,000 kilometers of Earth, because that is the distance the pressure of solar radiation cans to gravity. The real limit could be found with a detailed thanks to SWAN satellite tool sensors.

"It's often possible to access archived data for many years and to make new science with them. highlights the value of the data collected over 20 years ago and the exceptional performance of SOHO, "said ESHO SOHO ESA project scientist, Bernhard Fleck, quoted by ESA Science.

That is bad news from a technical perspective, even taking into account the spatial launches, man never leave the atmosphere of the Earth.