The United States and Venezuela’s provisional government reiterated their commitment to hold “Maduro’s illegal drug regime accountable for its crimes.” 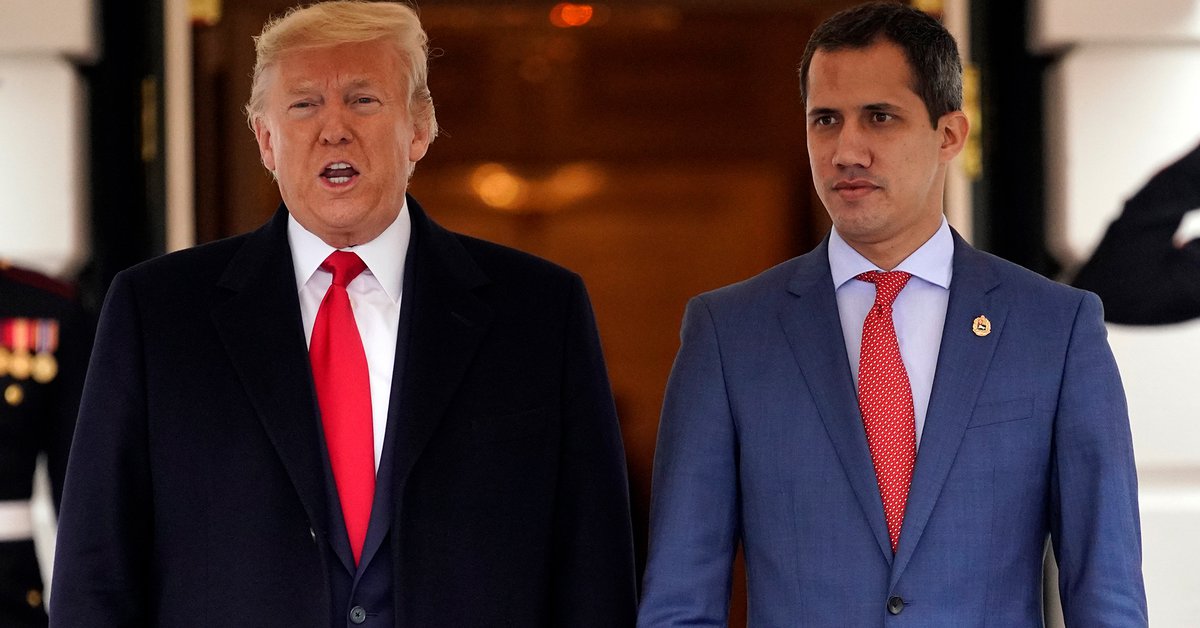 The U.S. government and Juan Guaidó’s interim administration in Venezuela issued a joint statement this Wednesday in which they reaffirmed their will to cooperate and their commitment. so that Maduro’s “illegal narco-regime (Nicolás) is held accountable for his crimes before justice.”

The document, published by the US State Department, outlines nine “principles” on which they base their cooperation and will continue to do so in the future.

“Nicolás Maduro, the illegal dictator and Venezuelan drug lord, represents a danger to the stability of the entire region, not just Venezuela”, the two administrations warned through a joint statement.

In order for Maduro to face justice, Washington and Guaidó’s interim government underlined the importance of remaining committed “to stop drug transit through Venezuela, to stop growing and consuming illegal drugs, to fight endemic corruption of regime officials and to prevent laundering money and criminal networks linked to the illegal trade in basic products ”.

Following a meeting held on November 24 with other countries on the fight against transnational crime, drug trafficking and other illicit activities, the parties to the communication communicated the main agreed principles of cooperation. Among them, “Improve the exchange of information on illicit drugs; smuggling; illegal minerals; human trafficking, including forced labor, forced crime, sex trafficking and forced recruitment of children in armed conflict; and money laundering trends and research ”.

Along these lines, they agreed on the need to “continue regional cooperation” and maintain sanctions “aimed at key individuals involved in drug trafficking, money laundering and other criminal activities to limit their international movements and their financial transactions. “

In the framework of this fight against Maduro’s oppression, they also emphasized “When restoring stolen assets” by the Chavista regime.

Another of the agreed points mentions “the need to create the capacity of competent authorities to improve public safety in Venezuela and to adopt the above measures against crime and corruption that have arisen in Venezuela due to the lack of rule of law. under the illegal president Nicolás Maduro ”.

This joint statement is a new act by the Trump and Guaidó governments to end Venezuelan dictatorship.

Last March, The United States accused Maduro of narco-terrorism and offered $ 15 million for data that led to his arrest.

The Department also offers rewards of up to $ 10 million each for information related to God gave hair, head of the National Constituent Assembly; general el (retired) Barrios Hugo Carvajal, former director of Venezuela Military Intelligence (DGCIM); Y. Tareck El Aissami, Minister of Industry and National Production. “In occupying key positions in the Maduro regime, these individuals violated public trust by facilitating narcotics shipments from Venezuela, including controlling aircraft leaving a Venezuelan air base, as well as managing drug routes. through the ports of Venezuela ”, the US authorities accused in a statement.

Among other officials and leaders, he was also involved Maikel Moreno, President of the Supreme Court, Vladimir Godfather, The Minister of Defense, as the main actors in the criminal scheme, and Samark López Bello, a businessman with a series of crimes related to money laundering in favor of Maduro and El Aissami.

Another fundamental axis of Chavista corruption is the Colombian businessman Alex Saab, which is being held in Cape Verde. A Maduro front man was arrested on June 12 when his plane stopped refueling at Amilcar Cabral International Airport on the northern island of Sal (the country’s most important), in response to a US request sent through Interpol for laundering offenses alleged money.

Nicolás Maduro urges more people to get involved in Senators: “If the opposition wins, I’ll leave the Presidency”