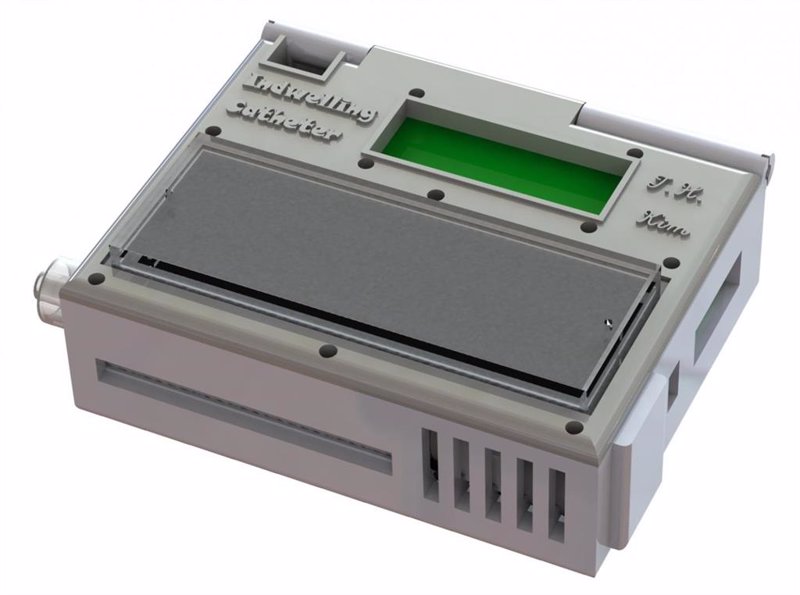 A team of engineers and doctors from the University of Michigan (the United States) have developed a mobile prototype device that can continuously capture cancer living cells from a patient's blood. The 'visible', which already has to be tested in animal models, could be an alternative to biopsy and help diagnose and treat cancer more effectively.

Tumors can release more than 1,000 cancer cells in the bloodstream in one minute. Current methods of catching cancer cells from the blood are based on patient samples, usually no more than one spoon in one shot. Some blood samples come back without cancer cells, even in patients with advanced cancer, and a typical sample does not contain more than 10 cancer cells.

For a couple of hours in hospital, the new device could hold cancer cells directly from the vein, examining much larger volumes of a patient's blood. In the animal tests, the cell capture chip in the mobile device held 3.5 times more cancer cells per milliliter of blood than the existing samples collected by collecting blood.

"This is the difference between having a security camera that takes a snapshot of a door every five minutes or making a video," explains a development director's device. Sunitha Nagrath, associate professor of chemical engineering at the University of Michigan. the relevance of the weaving; this.

Research shows that most cancer cells cannot survive in the blood stream, but those that make them are more likely to start a new tumor. Typically, these satellite tumors, called metastases, are deadly, rather than the original tumor. This means that cancer cells that are caught from the blood could provide better information to plan treatments than those of conventional biopsy.

"No one wants to have a biopsy, if we could have enough cancer cells from the blood, we could use them to learn about tumor biology and direct care for patients, that's why we're doing this," says Daniel F. Hayes, the author of the work, which has been published in the magazine 'Nature Communications'.

The team tested the new dog invention at Flint Animal Cancer Center at the University of Colorado State (USA). They injected human cancer cells into healthy animals for adults, which were removed by the dog's immune system within a few hours without permanent effects.

In the first two hours after the injection, the dogs were silenced and connected to the device, which examined between 1 and 2 per cent of their blood. At the same time, blood was removed every 20 minutes, and the cancer cells in these samples were collected using a chip of the same design.

The device is shrinking a machine that is usually oven size to something that could be worn on the wrist and to connect it with a vein in the arm. It has protocols for mixing blood with heparin, clotting stopping medicine, and sterilizing methods that kill bacteria without damaging immune markers or chip antibodies. In addition, we include some of the smaller medical pumps in a 3D printed case with the electronics and the chip catching cancer cells.

In the next stages of the device, the team hopes to increase the blood processing rate. Then they will use the optimized system to collect cancer cells from the pet dogs that reach the center as patients. Now they are developing chips that target proteins on the surfaces of dog breast cancer cells.

The researchers estimate that the device could start testing in people in three to five years. It would be used to help optimize treatments for human cancers by allowing doctors to see whether cancer cells produce the molecules that act as targets for many; r the newest anti-cancer drugs.