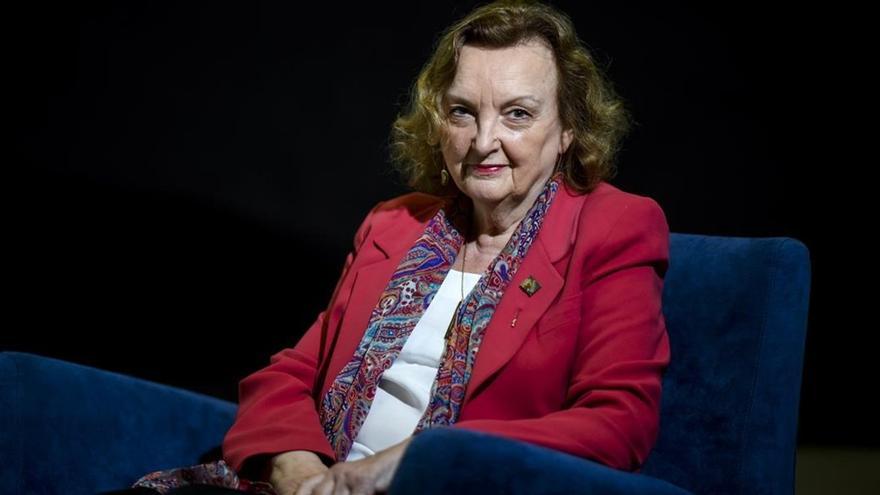 Origin of occupation Carme Valls Llobet There is no need to look for her by being the daughter of a doctor – who influenced him – but in something much closer to you: her periods were very painful. Understanding the menstrual cycle that gave her such a bad life not only made her a keen endocrinologist. It also turned it into a ‘nuisance’ to the health system designed, until four days ago, by and for men.

Their struggle to incorporate the gender perspective into health care has had an impact. Not long enough, in his opinion. In ‘Invisible Women for Medicine’ (Captain Swing), a now-updated classic, defies controversy.

-What was before, medicine or feminism?

-I entered feminism through biology. My first impact was in the fifth year of Medicine, in 1966: women came to the emergency room with bone fractures and contusions that didn’t match “collapsed downstairs”, and the principal decided: “Stay out, there it’s a private matter. ” And in the medical history we pointed out the injuries of men in silhouettes. 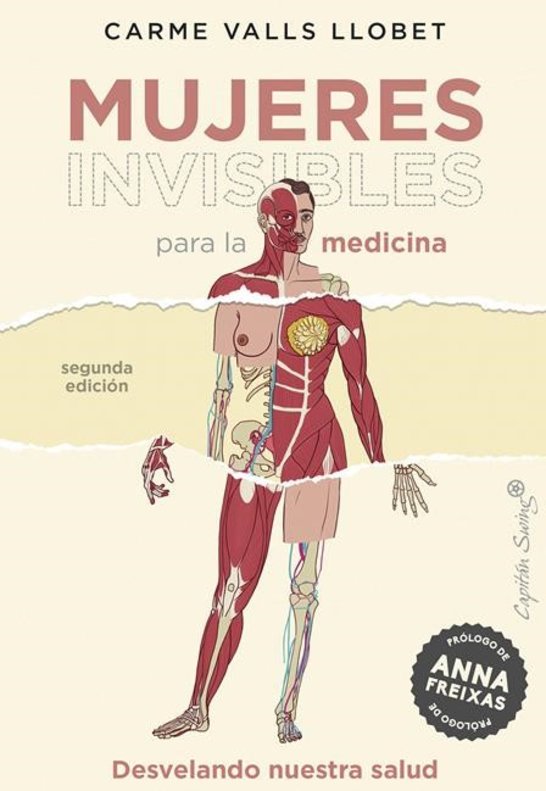 – Was your conscience born there?

-I would say it was due to the organization of the first Congress on Women and Quality of Life, in 1990, where I asked the question: “Are there differences in mortality and morbidity between men and women?”

-The answer is that there is.

-Yes. I am not accusing science of being macho. In the hospitals were men, medical science born from the hospitals. They thought what happened to men, happened to women. But the women’s cycle is crossed by the menstrual cycle. It permeates all the systems of the female body: all the skin cycles, it influences the metabolism of the heart, cholesterol … From the age of 14 to 50, they insist that it doesn’t matter; But when you don’t have your period, they say you’ll have problems now. Let’s see, does it matter or not? There are hardly any research papers containing menstruation. And 70% of the rats used to study drugs are men.

-It’s difficult to correct the course.

-Marcia Angell, head of the New England Journal of Medicine, imposed a requirement that non-sexist scientific works be not accepted.

-How do you explain women’s compliance?

-When we were nomads, the woman – with fisheye vision – warned of the lion’s arrival, and the man – with a tunnel view – stabbed the spear. There was equality, and motherhood was highly regarded (they saw how the baby came out, but not how it came in). That’s the end of possession of the land.

-The minute of patriarchy?

-The men wanted the reassurance that they were the children and they locked up whoever gave birth to them. To fulfill this dilemma, it was concluded that the woman was inferior. And for them, who already had menstrual pains and gave birth and were probably anemic, it was good for them. If not, it is not understood that there has been so much domination and blame in all cultures.

-When you feel guilty, you do not protest. And the stereotype was set, and maintained, even in the women themselves. The Bible made it clear that Eve was responsible for the fall. Just two centuries ago, Olympia de Gouges said women should have the same rights and be subject to guillotine. And the last century made the female brain smaller, though later it was found that water is the difference, not neurons.

-Yes. The double shift, which means when the woman comes home, the man rests and does not become ill from a cardiovascular point of view and causes anxiety.

– Would you dare to use the term ‘gender-based violence’ in healthcare?

-When the science of difference is rare, it is violence. Violence is that they are not listening to you in the consultation. Violence is forcing you into treatments you don’t want. The doctors’ attitude towards the patient is sometimes aggressive, prestigious, dictatorial.

-In one hand, it is ignored. On the other hand, perfection is demanded by them.

-This tension is worrying. It’s really an imaginary conflict: you’re worthless, but you’re embarking on a race to be perfect. They project it on getting the perfect house, on being the perfect mother or ‘superhero’ who does everything and destroys herself inside. Because it is a social and cultural problem, you cannot dismiss it with “you are depressed” and treat it with psychotropic drugs.

-The girls are not so ready.

-The young women have moved on, but are still not in the leadership. And those who do, may not have a gender perspective. The feeling of guilt in women must be removed in order not to fall into medicine.

– A study by the Galatea-CAPS Foundation investigated what most stresses Catalonian physicians. They have a higher premenstrual syndrome than in any profession, more breast cancer and more obstetric risks. We found that it was largely due to the stress caused by the inability to make decisions about their own work. The medical college’s response was to take an anti-stress course. No! They want a health organization that is not tailored to men, but tailored to life. What’s more, that the pandemic has revealed that 70% of all infected toilets are women.

-The virus attacks them more, but kills them less.

-The virus incorporates angiotensin-converting enzyme (ACE) receptors and the woman’s body has more, although it can produce ACE-1 and ECA-2, the last protector of inflammation.

-Safety. It would be good if it provided data on the covid by gender. And that the public exhibition should be shared with members of his team, such as Marina Pollán Santamaría, who directs the serological study throughout Spain, and Raquel Yotti, director of the Carlos III Foundation.

“Symptoms of heart disease are different from men’s symptoms. After treatment, post-natal mortality is higher”

-What do women die more of?

-The first cause is ischemic heart disease. Because the symptoms – which are different from men’s – are not identified, treatment takes longer to apply and post-natal mortality is higher. Patricia Healy coined the term ‘Tent syndrome’: women should approach the cardiologist dressed as men. Has progress been made? Something. 38% of cardiovascular disease studies now include women.

-It advises against aspirin.

-The men were the first 50,000 people they experimented with. When they have involved women, it has been found that it can cause more gastrointestinal bleeding.

-When there are creams, shampoos, dyes.

-Some breast cancers are the result of too many estrogens, themselves or the environment. It’s normal to have less than 80 cm³ of blood loss a month, and the parabens in shampoos and creams – which mimic the effect of estrogen – have been found to increase it; and that the dyes may cause non-Hodgkin’s lymphoma. Anything that mimics the effect of estrogen accumulates more in the fat cell and women have more fat cells than men.

-We have the worst part in all areas …

-To have a woman in an androcentric society hurts us. Medicine doesn’t see us, but before that they’ve already hit us everywhere: adolescent insults, maternity stress – 25% develop autoimmune thyroiditis–; working life, where there may be environmental toxins. They come to the consultation reporting that everything hurts, and give them a contraceptive or sedative approach. That can’t be it! Covid will leave chronic fatigue syndrome in women.

“Female body cells have been found to have different proteins”

-A part of feminism is uncomfortable pointing out the differences.

-Some people say that if you get too biological, you lead to macho arguments. But the difference does not mean unequal rights. It has been shown that female body cells have different proteins. And the corpus callosum, which connects the left and right brain, is three times larger. We have the right to be considered in our differences.

-Get a recipe to keep going.

-We have to start being what we want. Reclaim our desires. Only people who stop being victims recover to become the main characters of their health. You have to give yourself five tastes every day.

You may find it of interest

-What do you give yourself?

-I have restored my desire to try to restore the wish of the others.