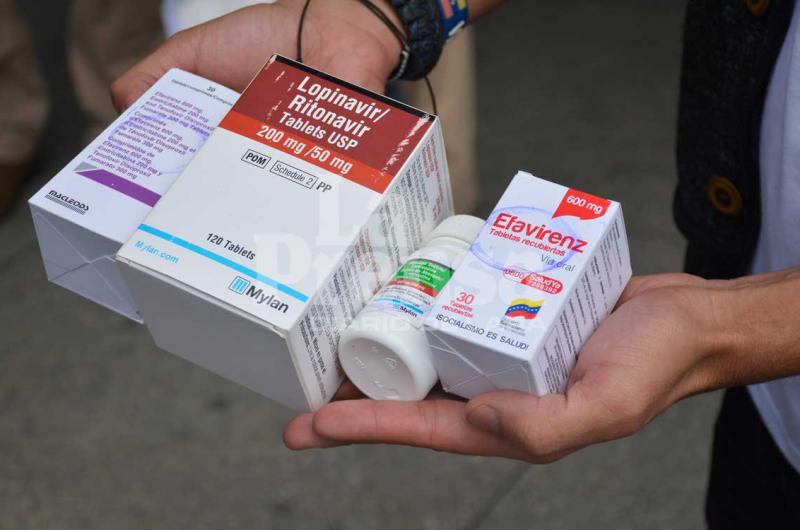 Guiomar López LARA WEIGHT.— Calvary and proximity to death of patients suffering from the Acquired Immune Deficiency Syndrome (AIDS) they start with a lack of diagnosis in time, in the face of test failures and treatment, which does not initiate or staying between interference due to state failures to guarantee these high-cost drugs.

International bodies have been vigilant and since 2016, the UN program against AIDS, of the 120,000 positive cases in Venezuela, identified that 60% were not covered with post-viral therapies. This is because they are very expensive drugs, which were classified as high cost and contributed to Social Security, as confirmed by Omar Álvarez, principal of Lara College of Pharmacy.

Without control, you would be in a death sentence. Entomologist Antonio Mata González warns of that chain of infections it can be triggered in a person who does not know that it carries HIV. A common mitigating factor during the first 6 months of pregnancy, at which point you can’t even feel symptoms.

Suspicion should be triggered when frequent platelets leak or sudden and intermittent fever. Weight loss is surprising, and they can even suffer from pictures with pneumonia, toxoplasmosis and even fungi.

According to the expert, all these responses are doubled when treatment is started and is not consistent with post-viral therapy. At that moment complications begin, from potentially simple infections, but faced with the defenseless immune system, they can become chronic and become aggressive until death.

That concern is shared by Luzmila Leal, of Médicos Unidos Lara, in the face of a clinical break in treatment that is endangering patients’ lives. “They have already been affected and with the pandemic crisis they collapsed “, quotes and calls for a conscience of the governing example, which often questions the NGOs obtaining medicines.

Pronasida identifies 3,500 patients and most had been without treatment for 2 years, confirms Raiza Farnataro. Only those drugs available are donated by the international body to the Global Fund, guaranteeing the TLDs (Tenofovir, Lamivudine and Dolutegravir).