Khabib reveals a reason to meet the UFC boss 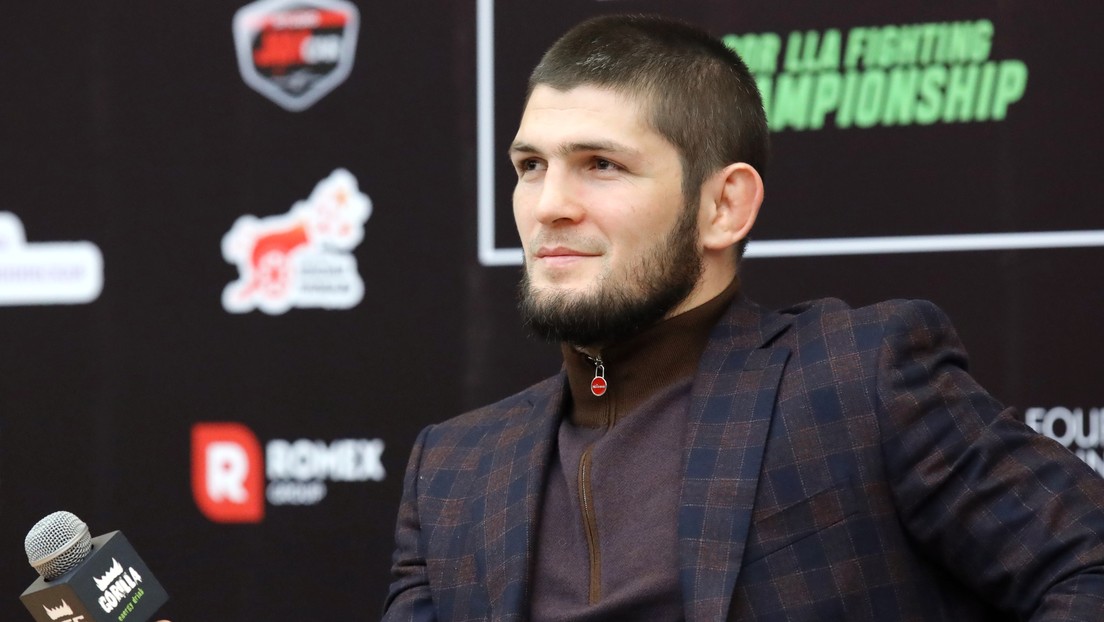 The Russian also commented on his plans for promoting mixed martial arts he had recently received.

MMA fighter Khabib Nurmagomédov is still present in the sport despite his recent retirement.

The Russian star recently won the Gorilla Fighting Champioship (GFC) promotion, which he wants to turn the UFC into a springboard for young people, where he will seek special conditions for his champions.

Khabib changed the name of the promotion, to be known as the Eagle Fighting Championship (EFC), and at a press conference this week explained the reasons for the announced meeting with UFC boss Dana White. “I wanted to sign a deal with the UFC Fight Pass [el servicio digital de suscripción para las transmisiones] to them TV EFC games. For example, they do it with M1 [promoción de MMA rusa con sede en San Petersburgo], but in another way. I also wanted to discuss the number of EFC title defenses a fighter has to face in order to enter the UFC, ”Khabib explained during the press conference in Moscow.

Until now, the UFC gave Russia a single promotion, M1 Global, the possibility of offering their champions to the UFC. Khabib wants the same conditions for his promotion. “For example, we signed a deal with a boy for six fights. The boy wins the title and defends it a couple of times. We promised him we would include him in the UFC and after signing up we would take his business in the promotion to the other side of the ocean ”said Khabib.

Russia is not looking to compete with the UFC. On the contrary, his idea is to work with the UFC: “We need at least ten years to get to the level of the UFC. That’s why we don’t face that challenge. A 23-year-old boy in two years can do 6- 7 fight, win the title, defend it and go to the UFC It’s more real than looking forward to 10 or 12 years just to become the world’s best organization. be one of the best organizations. “

Khabib began his professional career as an MMA fighter in 2008 and fought 16 fights before signing a deal with the UFC in 2012. Six years later, Russia got the UFC lightweight belt when American beat Al Iaquinta.