Doctors Without Borders reiterated the need for its personnel to enter Venezuela: “We understand that our presence is welcome, there should be a positive resolution” 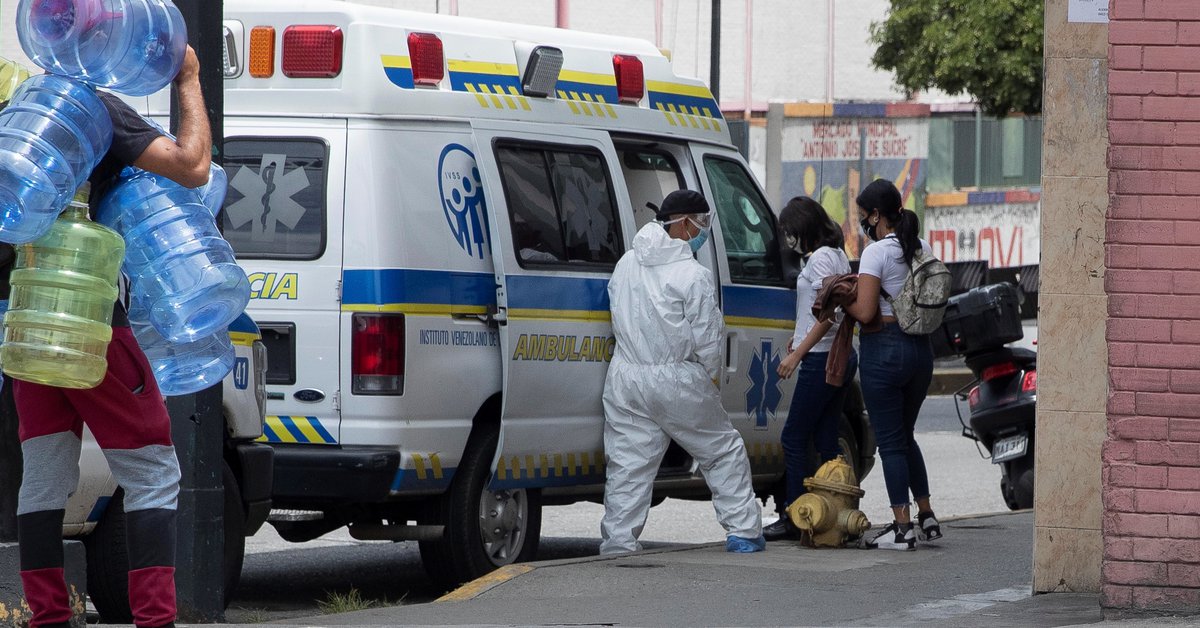 Doctors Without Borders (MSF) reiterated the need for the Maduro regime to allow the entry of their international staff to Venezuela does not rule out continuing to reduce its activities in the country, said the territory’s NGO general coordinator, Isaac Alcalde.

In dialogue with Infobae, The Mayor assured him that while this outcome “is not something we want and we will strive to maintain operations”, refusing the Maduro regime to allow access to personnel working in international organizations – including MSF – would make the situation “very complex”.

The statement comes after MSF withdrew from a hospital in Venezuela’s most popular neighborhood, Petare, last week. The decision, the NGO reported, responds to the “inability to perform the basic activities for the care of Covid-19 patients with the quality standards set by the organization, due to restrictions of entry into the country for its humanitarian personnel ”.

There, MSF provided services related exclusively to COVID-19. In particular, the NGO contributed to “re-establishing part of the infrastructure, designing a circuit for patients receiving medical and psychological care specifically related to the coronavirus, and conditioning a hospital area, including the Intensive Care Unit. . ” . About 3,500 people were served under the project.

The restrictions were introduced by the ordinance in March a has not changed since then. The Mayor explained that international staff requests for access have not been refused, but “there has been a positive response.” “We delivered everything and things seemed to be going well, but there were no positive or negative responses”, He added.

However, he reiterated that if this were not the case his operations would be phased out, and he explained that this has nothing to do with “lack of medical quality” on the part of Venezuelan staff who replaced international members of the NGO and that they already account for “90 or 95 percent” of the total.

“Thanks to them, who made an incredible effort and increased their responsibilities, we have remained active,” he said. But he noted that the international staff “added value by having experience in other pandemics and epidemics, and in accountability, transparency and the ability to guarantee quality standards and protocols”.

In the hypothetical case where the regime’s restrictions are extended indefinitely, Alcalde said, MSF operations could be gradually reduced. “We try to prioritize, save lives. Even if we retire, we are left with a large gift of medicines and sometimes financial incentives, ”he explained, before explain that it would be “highly unlikely” for operations to cease overnight.

MSF maintains “39 ​​health structures” in seven Caribbean states and states that it held in the first six months of the year “Nearly 80,000 medical consultations, sensitization through health promotion; more than 5,000 training sessions for medical and non-medical personnel; about 110,000 malaria tests, with 25,000 positive case diagnoses and treatments”.

Withdrawal from the new NGO would further weaken Venezuela’s health structure, whose decline has been dealt with in recent years due to the economic, political and social crisis the country is experiencing. The Mayor defined the overall situation as “difficult”, considering that “it is no secret that the health system is quite weakened.”

In fact, he noted that even with the presence of MSF, a second wave of COVID-19 would be “difficult to control.” “The first [ola] it happened with difficulties. If the latter has more ferocity, as has been seen in other parts of the world, the system will obviously feel the pressure“, He said.

The statement released by MSF on its decision put the situation at the center of the national public debate. This, the mayor said, “generated movements of some entity” and could catalyze a change of position on the part of the regime. “We understand that our presence is welcome, I believe there must be a positive answer”, He finished.