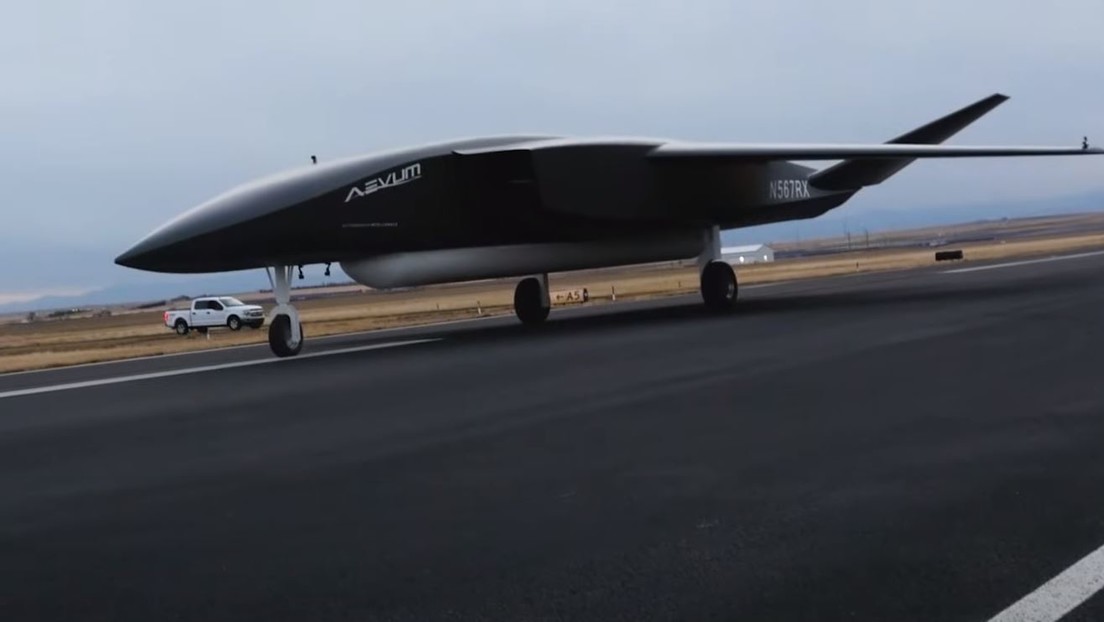 Despite a payload of only up to 500 kilograms, the fully autonomous vehicle could launch satellites into space every three hours, a very short time compared to the many months that preparations take launch in a rocket.

US company Aevum introduced the first model of the Ravn X, the world’s first satellite launch drone, which can operate without the need for a pilot or launch pad.

What is the world’s largest unmanned aerial vehicle is expected to launch the first satellite launch for the US Space Force in 2021.

The massive drone, 24 meters long and 18 meters wide, is fully autonomous, 70% reusable and can pull and land at runways less than a kilometer, reports the US ‘startpup’, which was set up in conjunction with the US Air Force. country.

If a bird and a missile had a baby, it could look a bit like RAVN-X, a new drone, rocket launch, designed to send small satellites into orbit without a pilot or launch pad. https://t.co/oS9D5VpT39

With a takeoff weight of around 25,000 kilos, the aircraft consumes fuel like any pilot and is capable of placing satellites weighing 100 to 500 kilos in low orbits.

The aircraft can take off from any runway to reach high altitude and then launch the second phase into space, which will carry its small payload and return to the runway. It is expected to be able to launch payments into space every 180 minutes, said Jay Skylus, founder and CEO of Aevum, in his presentation.

“Other launch vehicles only fly a few times a year with an average waiting time of 18 months,” he said.

The Aevum project focuses on launching many small satellites into space in a short space of time. Those multiple satellites could boost access to “wireless internet everywhere,” Skylus said, underscoring the low operating cost of these launches.

The advantage of the Ravn X is their unmanned and fully autonomous nature, which makes their operation considerably cheaper.

“Ravn pulls and lands horizontally on any standard runway. Ravn is designed to be autonomous from the moment he leaves the hangar and travels down the runway, take, launch, land , and back to the hangar, “explains Skylus, who points out that only a team of six people is needed to attend the flight from the ground.

Aevum says its goal is to achieve a cost of a few thousand dollars per kilo of payload, similar to the cost of a SpaceX Falcon 9 rocket ride.

However, Ravn X can be an attractive solution for small companies, which would not be forced to wait for SpaceX’s launch shift and would also have control over exactly the orbit they want, Science said.