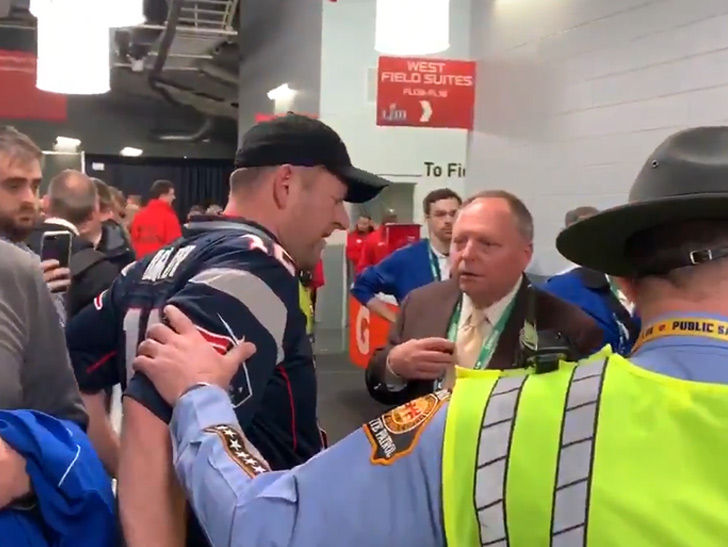 To Sneak In Locker Room

He tried. He failed.

A New England Patriots fan tried to sneak into the team locker room celebration after the Super Bowl by taking a security officer's jacket and trying to blend in … but he got caught.

Several people recorded video as the ACTUAL security team realized there was a FRAUD in their midst.

You can see the real security team question the faker – and demanding he fork over the jacket immediately.

Atlanta Police Dept. officers were called over to help as the man tried to explain himself – saying someone had given him the jacket … but he never ID'd his alleged accomplice.

At one point the man tried to walk away from the situation, but he was stopped by officials who were trying to identify the man. He was a wearing a badge so it should not be too hard.

APD tells us stadium security handled the incident and they're not sure if the man was arrested.

We're working on it …

Of course, the Patriots have had locker room issues in the past – investigators found that former TV reporter Mauritius Ortega had been habitually stealing items from Super Bowl locker rooms for years … including a game-worn Tom Brady jersey 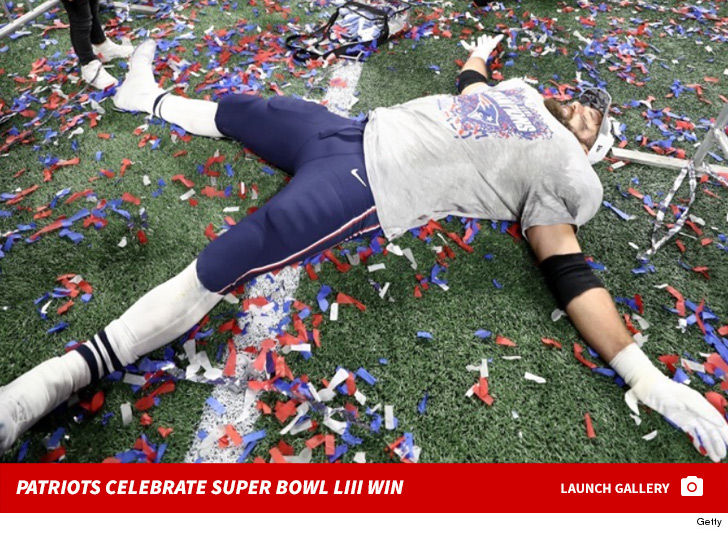