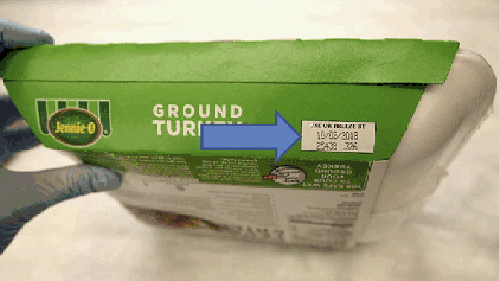 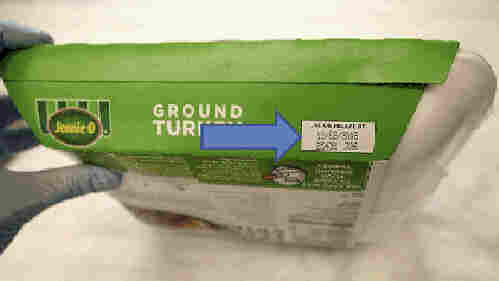 Jennie-O recalls 45 tonnes of raw turkey that could be spoiled by salmonella.

Jennie-O Turkey recalls over 91,000 pounds of ground turkey in connection with one illness of salmonella.

The stress in question has been associated with cases of illness of 164 cases, including one death, in 35 countries. The USDA has said that more product reactions by different companies could follow.

The first illness related to the stress began in November last year, according to the CDC investigation.

Jennie-O emphasized in an email statement to NPR that her voluntary recall, released on Thursday, is limited to earthquake from "one production line of one day production."

The products recorded were produced on 11 September and have a "use by" date on October 1 or October 2, but USDA's Food Safety and Inspection Service branch is concerned about frozen meat from buyers.

The turbulent un-pound packs are affected by two flat flat turques, 85 percent less and 93% less, as well as packages that have been labeled either taco or Italian have melted. The company has provided detailed instructions on the identification and return of recorded products.

President Jennie-Turkish Turkey, Steve Lykken, said in a statement that government agencies told the company that the stress was found in 29 different manufacturing plants used by 19 different companies.

The same case-related death occurred in California, while Minnesota has the most positive cases, according to the CDC.

The precautions should include hand washing before and after handling, cooking and reheating to 165 degrees before eating, and replacing meat frozen in the fridge, in the sink with cold water after change every 30 minutes or microwave.

"Never turkey your turkey by leaving it out on the counter," said the CDC.

The CDC says that salmon signs of salmonella can include diarrhea, fever and stomach cramps. Symptoms could take 12 to 72 hours to develop after contact and illness usually lasts 4 to 7 days.

Vulnerable populations include those under 5 and over 65 and people with weak immune systems, but "most people get better without treatment."