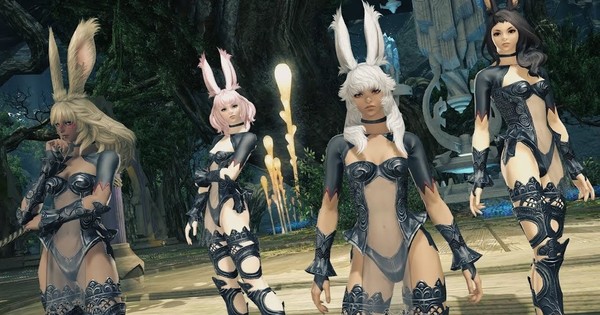 Enix Square at the Paris Fan Fest on Saturday Final Fantasy XIV: A Realm Reborn MMORPG will announce that the "Shadowbringers" campaign will be launched on July 2, with orders before commencing February 6. The event also revealed an expanded vehicle for expansion.


The event also revealed a new "Gunbreaker" post, a "gunblade-wielding fighter that occupies the role of the tank."

The event also revealed the new Viera race. The Gunbreaker and Viera race will join the game with the expansion.

Enix Square He also revealed two of the new areas that he will add with the expansion: Multi Meg and Theakakt Greatwood.

The event also revealed that the sequel to the Return to Ivalice league series will be "YoRHa: Dark Apocalypse" including NieR Yosuke Saito series staff to Yoko Taro.

Recently, the game recently added the Blue Mage post with the release of the first phase of Patch 4.5 on January 8. The second part of the cycle will be launched at the end of March.