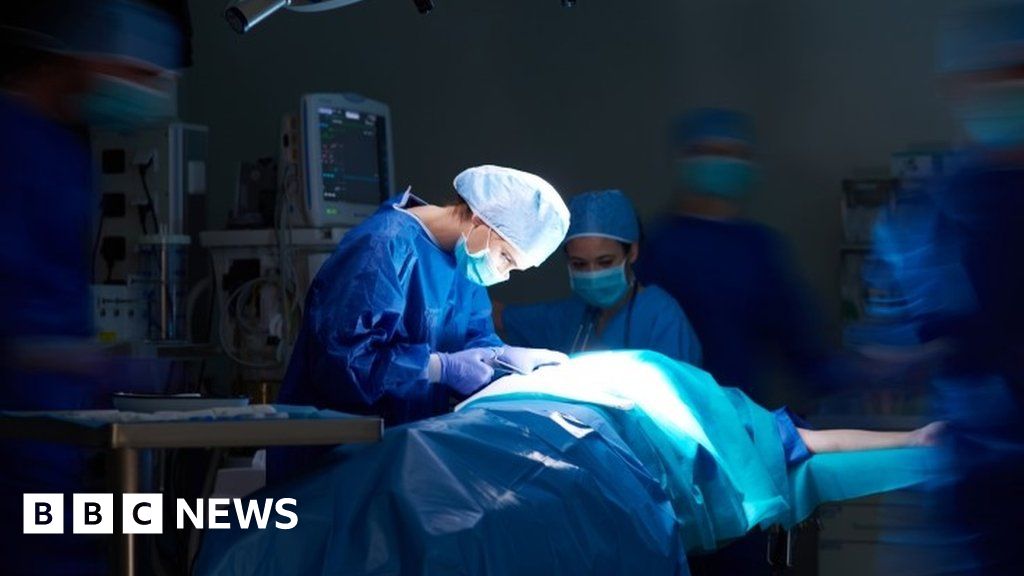 Nearly 60 consultants and senior doctors at Cheltenham General Hospital have said that general out-of-hours operation to Gloucester will be able to put patients at risk.

They have written to the chief executive of the Gloucestershire Hospitals NHS Foundation Trust for their concerns.

The trust intends to move seven-mile emergency and inpatient general surgery to the Royal Gloucestershire Hospital.

A spokesman said that patients were able to get the right care there.

One doctor, who asked to remain anonymous, told the BBC: "We can see an aircraft crash to happen, it will be catastrophic.

"The trust does not realize the details in their layout. It is not secure."

Cheltenham General is the only hospital in Gloucestershire who treats neurological, gynecological and orthopedic patients as well as providing chemotherapy cancer treatment.

The letter states that patients who develop internal hair, sepsis or pain in the abdomen overnight or at weekends will be at risk if surgeons work in Gloucester.

Cheltenham MP Alex Chalk is against the offer of the trust and said that he would raise the matter in Parliament.

He said: "I think it's a very bad idea, and more importantly, we have this unprecedented situation where almost 60 medical professionals say it's a bad idea.

"This is not about money. This is about the organization and the key medical advice that it is better to keep general surgery in Cheltenham to support other treatments."

The Gloucestershire Hospitals NHS Induction Trust spokesman said the pilot reconfiguration would "improve patient care and safety as patients will have access to the correct surgeon with the right expertise in Gloucester".

The spokeswoman added that general surgeons in Cheltenham would take place during the day to carry out operations.

"In the rare event a patient's patient needs to be seen out of hours – an ambulance may be taken to Gloucestershire Royal Mail."