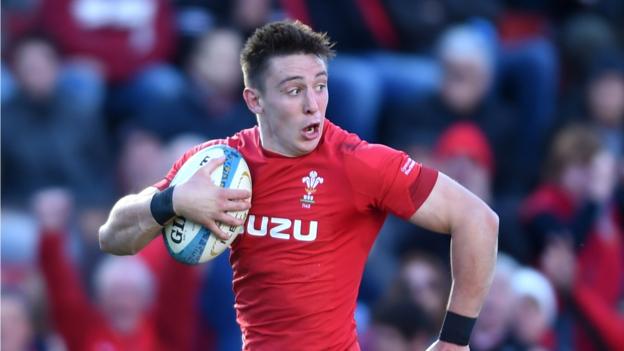 Wales has chosen the Worcester Josh Adams wing in front of the British and Irish Lions star Liam Williams for a Saturday Test against Australia.

Adams replaces Luke Morgan as one of three changes from the team that scored Scotland, while Williams joins the bench by Dan Biggar flying as Gareth Anscombe waits for 10.

Tomas Francis, tight-up, is remembered instead of Dillon Lewis.

Williams, Adams, Francis and Biggar were not available last weekend against Scotland because they played for English clubs, and the game fell outside the Rugby & World's international window.

Saracens according to Williams had been pulled to turn back to the three sides alongside Leigh Halfpenny and George North.

Anscombe has had another opportunity alone although the availability of Biggar Northampton with Rhys Patchell has also passed consent protocol tests.

With Samson Lee still losing injuries, Exeter Francis's drummer starts in front of Lewis who has named among those who take place.

The other change is that Beard forms a all-Ospreys re-hunting partnership with Wales captain Alun Wyn Jones.

Onwards Robin McBryde, coach, Beard coached on Monday following his new performance against Scotland. He extends to Dragons skipper Hill who was co-captain of the Welsh summer tour with Ellis Jenkins, the side of the Blues of Cardiff, who has recovered himself from shoulder injury.

Jenkins is on the bench after the drumming trail Dan Lydiate, Justin Tipuric and Ross Moriarty impressed last weekend.