The girl left school, 10, with Down's Syndrome in tears after being told that Flip Out Trampolines can't go out because of her condition t 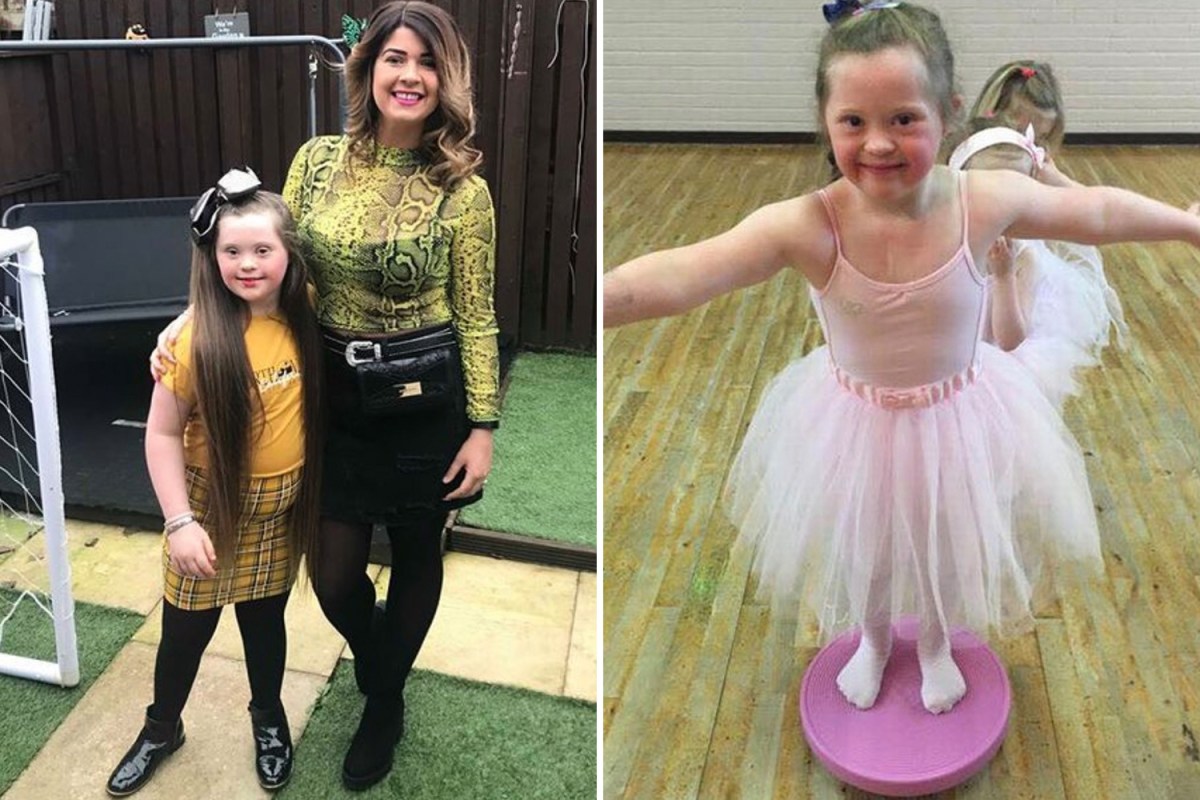 The mother of a 10-year-old school girl with Down's Syndrome claims that her daughter was left in tears when she was not on the trampolines at Flip Out.

Lisa Henry, 29, says that her little daughter Dana was disappointed when she was told she could not use the equipment on a family day out to the trampoline park in Glasgow.

Ms Henry, from Ayrshire, claimed she had told staff before the family arrived that her daughter had Down's Syndrome and asked if she would have a carer on the trampolines.

He said Flip Out workers had told her that he wouldn't have a problem and had taken women to the park before, the Daily Record was reported.

But when they arrived, Ms Henry claimed that a member of staff had told her that Dana, who was a gymnast with a mixture of Irvine creatures in Newtown in North Ayrshire, would not be allowed to go on the trampolines.

She says she tried to talk to staff about her daughter's condition, but found that they were "not in the least interest".

The mother-of-two said they had been taken to the manager's office where they were told Dana Down Syndrome meant she could not join.

Ms Henry claims: "We are sorry, we notice that your daughter has Down's Syndrome and the incoming policy means she won't be able to take part. 39;

"As I stood there I felt my heart was torn with my daughter at my feet and started sobering."

People with Down's Syndrome who want to take part in gymnastics need medical screening and approval under requirements set by the British Gymnastics Association.

Ms Henry claims that she had tried to explain that her daughter had already registered to be more than capable of taking part – but the manager still refused to let Dana go on to; r trampolines.

The family was taken to the reception area where they received a full refund.

Ms Henry said Flip Out staff had been unable to solve the problem since then and she claims she has to call the company four times before they go back to her.

Flip spokesman apologized to her for the "misunderstanding" and stressed their policy "following the advice given by the Down-Syndrome.Org website and the British Gymnastics Association who strongly recommended screening before any trampolining activities for people with Down's Syndrome". . "

Added: "Then we ask for a GP approval letter confirming that the participant is safe to participate in trampolining activities."

Flip Out was contacted for comments.