The flood closes a line of line in the Dawlish barrage 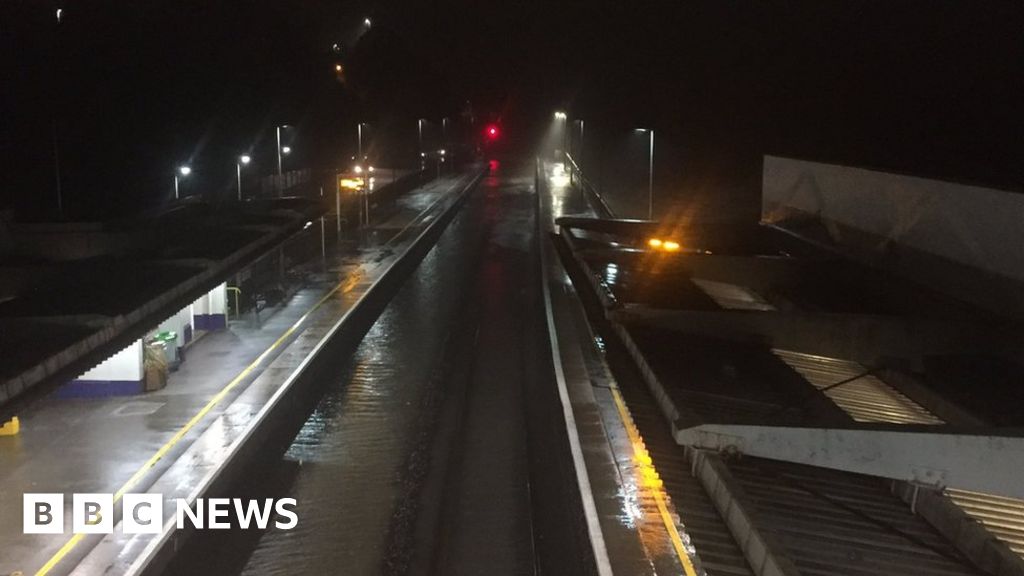 A line has been closed after a high tide cleansing over a sea wall in Devon and the flood of the track.

Network Rail has advised Crosscountry and Great Western Railway train operators that the Darling barrage will not be possible for the rest of the day.

There is also a 50mph speed limit between Taunton and Plymouth.

Crosscountry said he had been advised that services could not resume "until sea levels decrease and rail can be explored".

In 2014, storms caused part of the Dawlish sea wall to fall, leaving the railway track to Cornwall to stop in the middle.

And in October a flood flooded a 6ft hole under the line, preventing services through Devon and Cornwall.

Great Western Railway and Crosscountry receive each other's tickets on their rail services and replace bus for the rest of the day with no extra charge.