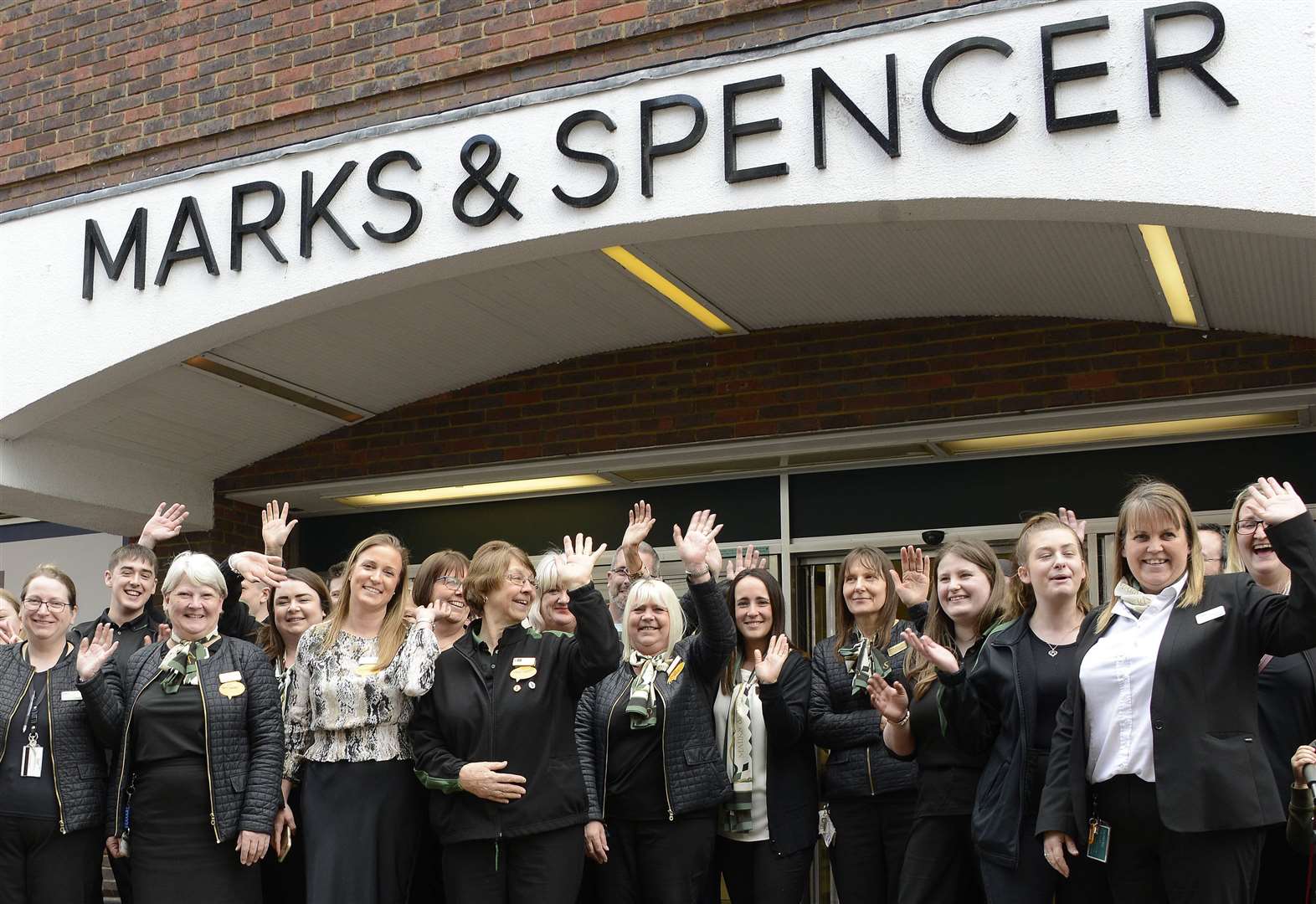 This was the last brave joy.

Marks and Spencer staff at Ashford said a final visit as their shop closed permanently today.

The County Square branch closed early, at 4pm instead of normal 5.30pm.

Employees were asked for photographs to give them a big boost.

But he was sad with sadness as his workplace closed despite a 930-signature petition to save him.

This was also a double blow, as Debenhams only announced eight days ago that he would close his branch next year, which is also in County Square.

Workers were not talking to the press waiting but many customers were open about their disappointment.

David Gladwin, from South Willesborough, used the shop for the last time today.

He said: "I got there on time. I think it's awful that it is closing.

"I returned five years ago, so I often drop in to get things, I'm sorry."

"Because I'm going to town, it's much easier to get in there and you can get clothes too."

Mr Gladwin said he would now use Tesco and Iceland.

Mike Avery, from Folkestone, said: "I've been shopping here for many years and it's sad to see it close alongside Debenhams at the end of the year.

"I think it has become a bit of a problem in some ways as I still think that many people rely on shops close to them rather than having to travel far to get the same things. T

"It's fine for them to continue to say you can shop online but you like to feel the goods before you buy them."

The Folkestone Marks and Spencer closed in 2006 so Mr Gladwin said he regularly used County Square.

But, he explained, as he has a car, he still has the choice of using Canterbury and Westwood Cross branches.

Retired Ghaffar Mirza has lived in Ashford since 1984 and said, over the decades, he has bought a wider range of food and clothing products from the branch.

He said Canterbury M&S was now an alternative.

The early closure meant that many customers hoped to make a final purchase surprising.

Hetti Walton, from South Ashford, was one of those who came too late.

"There is a loss to Ashford. All the big stores are closing."

Ms Walton had needed this shop for food, clothes and toys for her grandchildren and babies.

He said: "They've got everything they need here."

She said she would now have to use the branches in Maidstone or Canterbury.

Last year, Marks and Spencer confirmed that there would be more than 100 stores across the country over the next four years.

The proposed end of the two M&S Kent, Deal and Ashford shops was announced by the company on January 15th.

The Deal shop closed last Saturday despite a fierce fight from customers to keep it open.

A petition against the motion received 3,000 signatures in 24 hours.

Resistance was also placed in Ashford, with a petition in January receiving 930 names calling for the County Square branch to be saved.

Marks & Spencer opened its first purpose-built shop in Ashford in 1934.

The town center clothing, household goods and food retailers first opened in 64 to 66 High Street on May 29.1934, the current site of Barclays and Iceland Bank.

He moved to County Square on March 5, 1979 when he was called Tufton Center.

There is still F&S Foodhall in Warren Ashford Retail Park, which opened in 2017, and a clothing unit at Ashford Designer Outlet.

A spokeswoman for M&S said earlier: “Shopping habits are changing and re-shaping our store estate to reflect this means making some difficult decisions.

"We hope to see many customers continue shopping with us online and at M&S ​​Dover, Westwood Cross and Chanterbury where the vast majority of our colleagues are relocating to."

Read more: All the latest news from Ashford