Ex-soldier damaged & # 39; after an illegal log cabin was destroyed 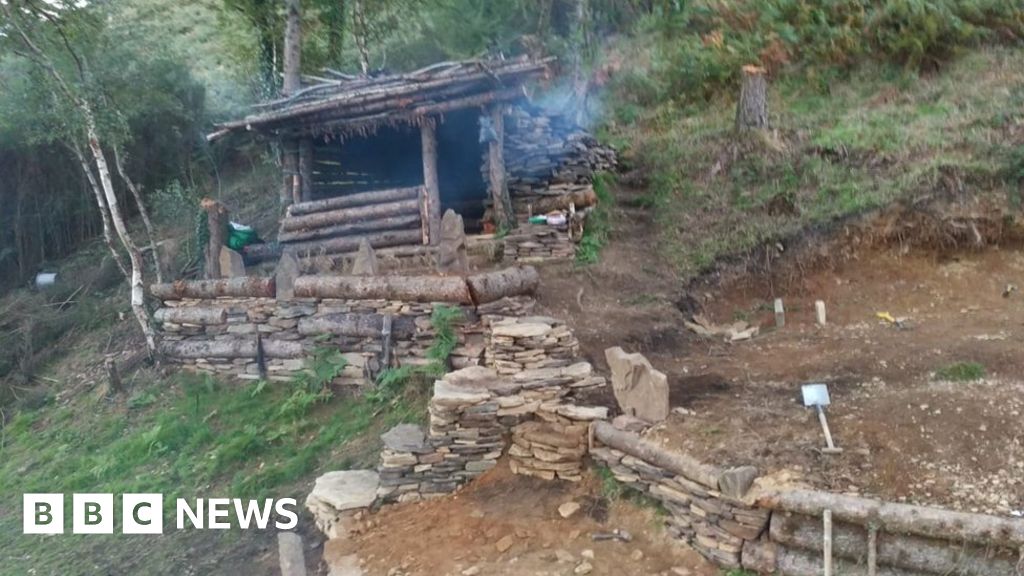 A veteran log cabin has been destroyed by officers as built without permission.

Mike Allen, 37, has been working while working on the cabin over the last two years, helping her deal with Post Traumatic Stress Disorder (PTSD).

When the old Lance Corporal to the site near Wattsville, Caerphilly, earlier this month, was "devastating" to see.

Natural Resources Wales (NRW) said he had built "without our knowledge".

Mr Allen built the hide, close to Crosskeys, after the marriage ended and slept on the friends' sofas.

"My home was home, my home, it did not hurt anyone and struck me. I would not live today without it," he said.

The construction of any structure in the Welsh Government forest estate is unlawfully licensed.

The former Royal Welsh soldier, who worked as a mine clearer in Afghanistan in 2011, said he wanted to be away from society as he was struggling.

"I had a way to threaten myself at no cost to the taxpayer. I improved the point where I could start working again as a sailor.

"The cabin started as a shadow but it turned something special, it was paying attention to me of the elements, the focus and the sense of achievement when valuing landscape. "

Mr Allen built a nearby gym and said he had invited pre-service co-personnel for health breaks and fitness, he also had a flower garden and treeland when his children visited Honey, eight and Shea, six.

NRW stated that his officials had visited the site three times before taking any action and did not believe anyone lived there.

A spokesman added: "The surrounding land had digged, damaged environmental features and broken trees. This scale could be a visitor risk and it was not appropriate to the area."

Mr Allen said he was now sleeping on the friends' sofas, but he insisted that he would "rebuild the cabin and continue to help others".