Brexit: PM says that MPs have one last chance; to support her agreement 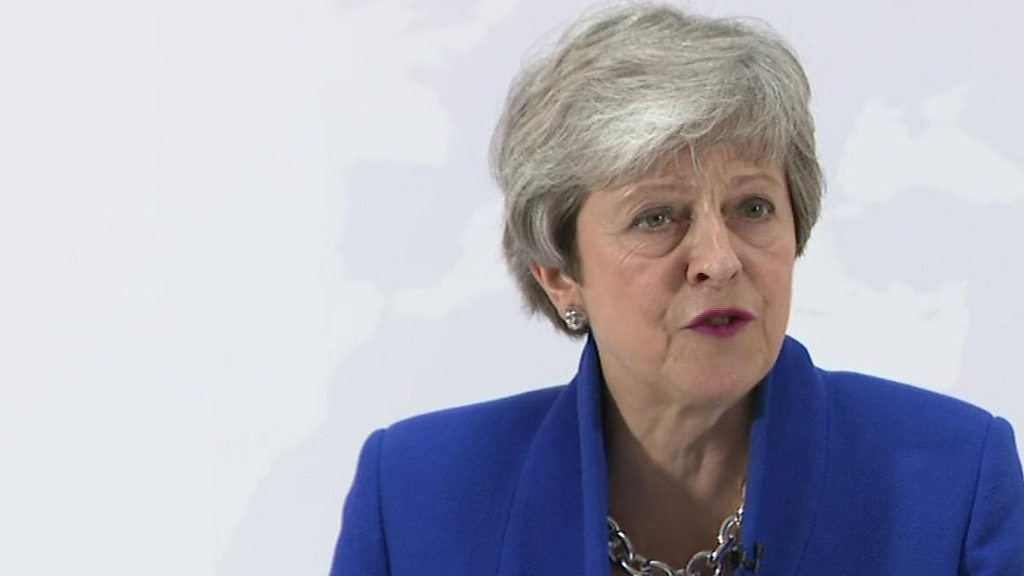 Theresa May has told MPs that they have "one last chance" to introduce Brexit, as it marks a "new Brexit agreement".

MPs will get a vote on whether to hold another referendum if they return the EU Removal Agreement Bill, he said.

The bill also includes new guarantees on workers' rights, environmental protection and the Irish countryside as well as practices "compromises".

If MPs reject the bill, he warned that his departure would be negotiated "dead in the water" and could prevent Brexit.

But the Democratic Unionists said the proposals were still "fundamentally flawed" while former Tory leader Iain Duncan Smith described the scheme as "a bad buffet of options that were not Brexit".

MPs have rejected the negotiated withdrawal agreement with the EU three times.

In what is seen as the last roll of the dice, Mrs May now brings the Bill of Removal Bill Back Legislation which is required to bring the agreement to UK law. – to the Senedd in early June.

In a speech in London, the prime minister said that the decline over Brexit had a "corrosive effect" on the country and prevented progress in other areas.

"The biggest problem with Britain today is its politics. We can solve that."

"We are making a new proposal to find common ground in Parliament. That's the only way to introduce Brexit."

The key points of the PM's revised plan are:

Although she personally opposed another referendum on Brexit terms, the PM said that she recognized the "genuine and sincere feelings" on the issue in Parliament.

He urged MPs to support the Removal Agreement Bill back during his first parliamentary impediment and then "presented the case" to another public vote when the bill was examined in detail.

Under the scheme, Parliament will have to decide on future customs arrangements with the EU after cross-party conversations fail to find a solution.

In appealing to MPs to support her plan, she said she would respect the 2016 referendum result, adding: "I have risked, now asking you to compromise."

I supported the PM in MV3, trying to get us out on 29 March. But this speech from the PM means there is no way I will support the Bill Removal Agreement Back.

Responding to this speech has so far been extremely damaging among MPs and campaigners.

Of course, I will vote against this confusing act of dealing with a failure that only adds more uncertainty.

Mr Duncan Smith said he had left the EU "definitely managing our fate" while Anne-Marie accused Mrs May of "trying to cheat her boyfriend on Labor votes by keeping us in the customs union and allowing Brussels to determine our trade." future policy ". t

The SNP and Change UK have also said they will vote against the bill.