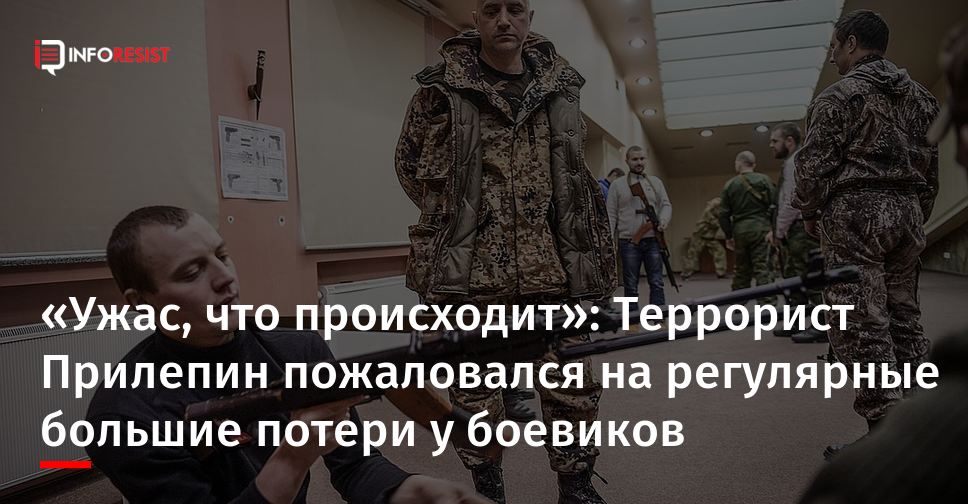 The Russian-speaking terrorist, Zakhar Prilepin, who left the Donbass immediately after the dissolution of the "DPR" leader Alexander Zakharchenko, for the heavy losses in his "Donbass unit". About him he wrote on your Facebook page.

According to him, conflicts and battles are currently permanent.

"God sees me, all these years, I try not to put pressure on shame and I never said about our losses. But … nightmare, what's happening," he said.

According to him, a week and a half ago, four assailants were dissolved. Four more were killed today in the fight, which, according to Prilepin, is still on. There are also injuries. At the same time, he believes that "shell density" and the number of casualties among terrorists are similar to "the worst months of this four-year war."

Earlier, Prilepin said that there were 30,000 illegal soldiers coming from Russia to Donbass and "killing people".