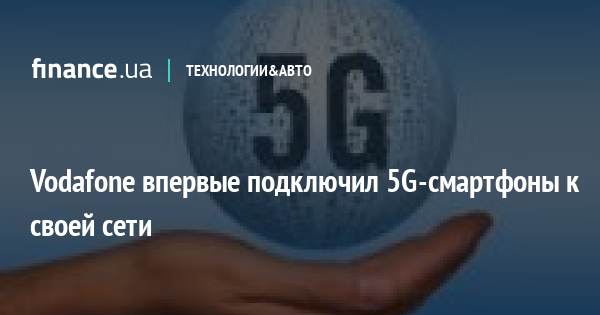 The Vodafone mobile operator announced the successful smartphone 5G smartphone connection connection on Wednesday, which was held to prepare for the launch of next generation networks in several European cities at the end of this year.

Vodafone said there was a video call during the tests in Madrid and Barcelona, ​​with a high resolution of 4K at a speed of 10 times more than the capacities of the current 4G technology.

See also: From Korea first to launch commercial use of 5G

A global commercial launch of 5G networks is expected in 2020, and some countries led by United States, China and South Korea have already carried out trials of small-scale next generation networks.