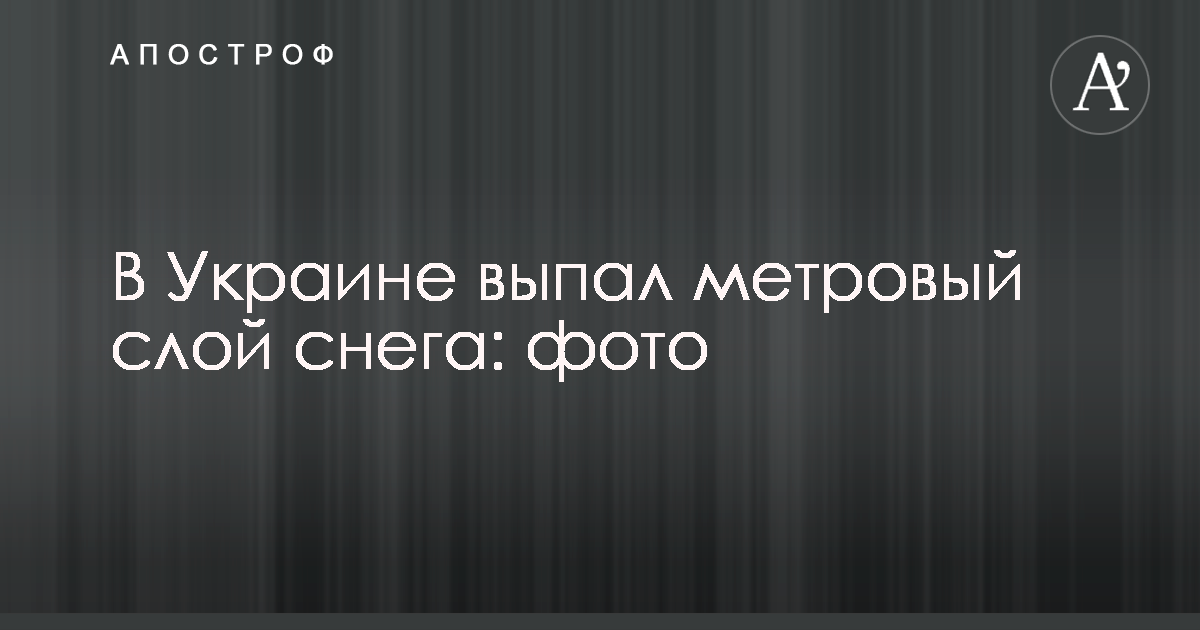 In the Ukrainian Carpathians, by 9am on November 27, the thickness of the snow cover in some places reaches one meter.

This was reported in the group "Search mountain and search for Chornogorsk mountain" on Facebook.

Also in the group published a picture. According to weather forecast on November 27 Heavy rain is expected in the mountain regions of the Transcarpathian region. Mostly is ice. Snow tickets are expected on the paths. Afterthe level of threat to road traffic in mountainous areas is "green" (small complications of traffic on some areas of mountain roads), sometimes "yellow" (cutting and transferring traffic on some areas of mountain and street roads).

As reported by the "Apostrophe", earlier in the network there were stunning pictures of snowflakes.