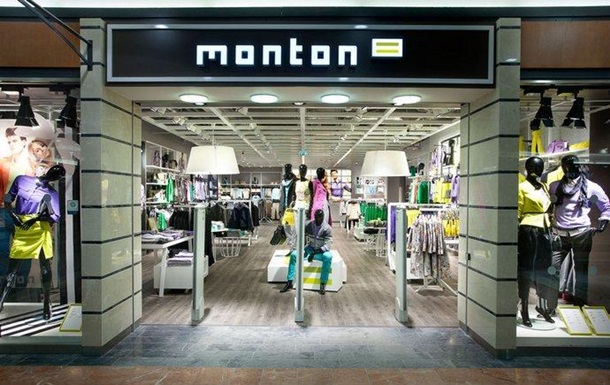 In January, 14 Monton shops were closed. The company has only two objects left in Kiev.

The network of Monton clothing stores closes shops in Ukraine from March 1 due to low sales figures. I'll be notified by Liga.net referring to the director of the shopping center and two network managers on Thursday, February 21.

It is noted that 14 shops have closed in January. Now the company has only two objects in Kiev – at the Globus and InSilver shopping center on Poznyaky. They will be closed from March 1.

Baltika Retail's general director (development of the Monton network), Maxim Chechelev, said the decision was made due to unsatisfactory performance in Ukraine.

"The network owner decided that he would be dissatisfied to continue business in our country, which is associated with a low purchasing power in Ukraine," said Chechelev.

In 2014, the Baltika Group sold its Ukrainian department of Baltika Retail to the companies of Boris Loifenfeld Osaühing Ellipse Group.

Market participants say that the retailer's decision is in violation of the general trend. "Over the past year sales have increased by 10-20%, the hryvnia is stable and the market is coming to life," said Dmitry Ermolenko, co-owner of Butlers' household goods chain

In 2018, according to the NAI consulting company of Ukraine, it appeared over 20 international brands in Ukraine, including H & M, De Facto and Koton.

It is expected that the network for the sale of Ikea household goods, sports goods in 2019 – Decathlon and The North Face will come into the Ukrainian market. And H & M plans to open shops not only in Kiev, but also in the regions.