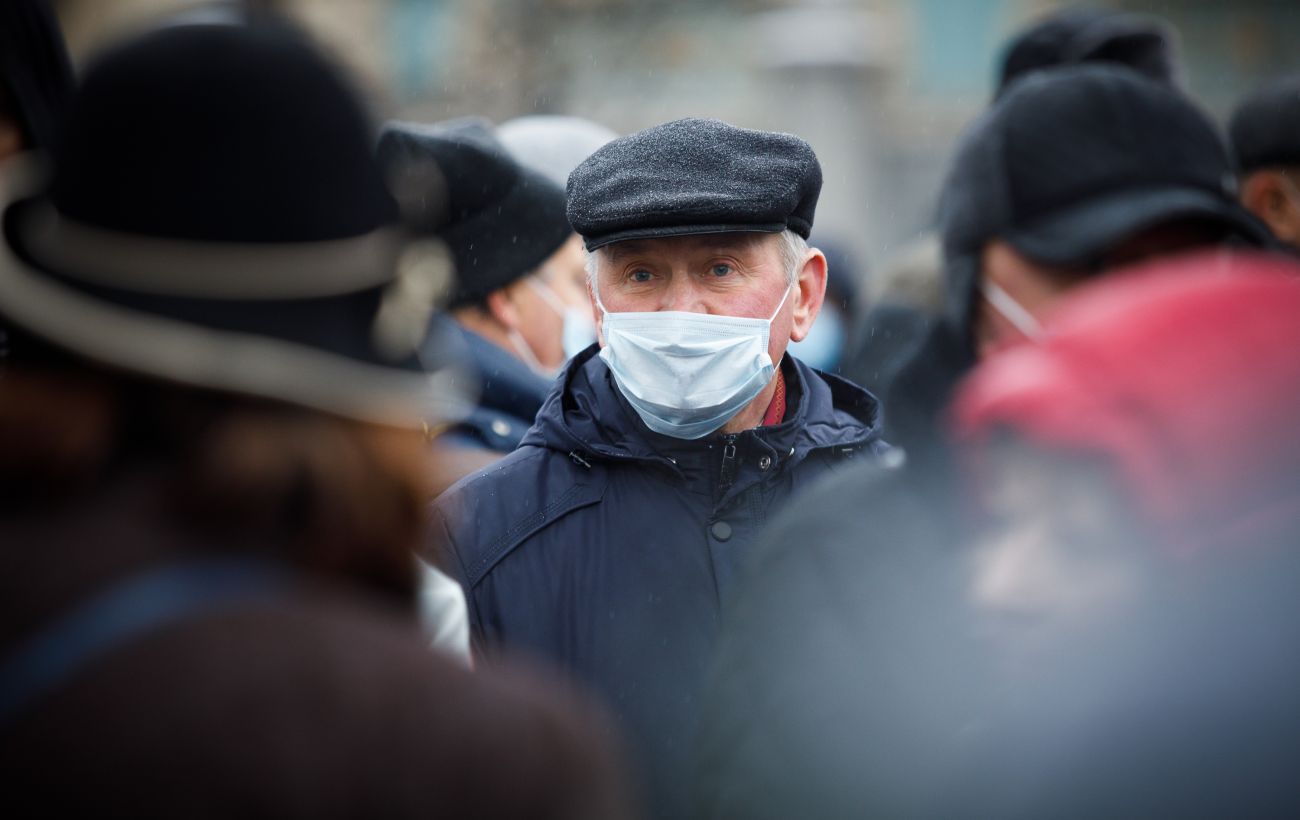 Lockout in Ukraine will not be introduced until the end of the year, however, restrictions or total quarantine are set to be strengthened from January. The government is continuing to develop scenarios for resistance to the coronavirus, details of which will be released next week. What will be the quarantine for the New Year holidays, what is known about the restrictions and possible timing of the lockdown – in RBC-Ukraine.

Zelensky did not recommend introducing a shutdown in December

The President, in his video message, said he did not see the need to close down immediately and did not recommend that the Cabinet of Ministers introduce strict quarantine in December. He noted that the situation with the prevalence was controlled, the weekend quarantine gave results, and the cases stopped growing rapidly.

Vladimir Zelensky also added that it would be unavoidable to lock down completely. there is a possibility that it will be introduced in January. However, even with the strengthening of quarantine, the state border for Ukrainians will remain open.

It is possible to tighten quarantine in early January

The Ministry of Health has no plans to impose additional quarantine restrictions this month. As department head Maxim Stepanov noted, the medical system will withstand the load until the end of December, since then the rise in new cases of the disease remains stable, without sharp jumps.

The Cabinet of Ministers expects to pass December with the current restrictions of the “orange” zone nationwide. According to the Ministry of Health’s forecast, an option to strengthen quarantine is currently being developed no earlier than January. This was stated by Prime Minister Denis Shmygal.

Likely dates for lock down

Significant increases in anti-epidemic measures can occur in the first days of January for a period of 3 weeks… The Ministry of Health explains the need for complete quarantine during this period by the fact that the number of flu outbreaks peaked in January-February.

Strict quarantine at the beginning of the month will reduce COVID-19 infection rates and relieve the medical system before the seasonal outbreak of viral infection.

Earlier, the likely dates for quarantine strengthening were announced – between 2 and 23 January 2021… According to RBC-Ukraine sources, the government has not yet set a specific timetable, but is considering the option of improved quarantine, not lock it, because in January business activity is already falling sharply .

The list of quarantine restrictions will be known on December 9

A complete list of possible containment measures will be announced at the next Cabinet meeting on Wednesday, December 9. According to Prime Minister Denis Shmygal, the issue of quarantine tightening may be raised in early January if the epidemiological situation worsens.

In addition, the head of the Cabinet of Ministers said that, in a meeting with city mayors, they were reaching a consensus on the need to restrict disco and nightclub activities, catering and leisure establishments, hostels throughout enhanced quarantine.

More than 90% of local authority representatives support restrictions on the work of New Year’s fairs, shopping and entertainment centers, restaurants, cinemas and theaters.

When quarantine is strengthened, transportation will not be stopped

With the introduction of a lock or more quarantine, the new restrictions will not affect the operation of public transport.

Nor do the authorities consider a ban on rail and air traffic, intercity and international routes. The government has pointed out that transport is not the main source of the spread of coronavirus infection.

Despite the fact that the introduction of closures before the New Year is not planned, winter holidays are held with restrictions on public events.

There will be no concerts, entertainment shows, food courts in Kiev. Instead of traditional holidays, broadcasts are organized online. Kyiv City State Administration reported that they have refused to place the stage next to the Christmas tree on Sofiyskaya Square this year, which they do not intend to block the city center.

In Lviv, they also decided to cancel large-scale festivities during Christmas and New Year. However, various events take place in small venues in a format adapted to quarantine conditions.

It was reported earlier that local authorities support the Cabinet of Ministers proposal on a possible ban or partial restriction on the work of holiday fairs and other huge New Year events.

Recall that the Cabinet of Ministers continues to develop a balanced quarantine scenario. The government must notify the government of the decision 7 days in advance.