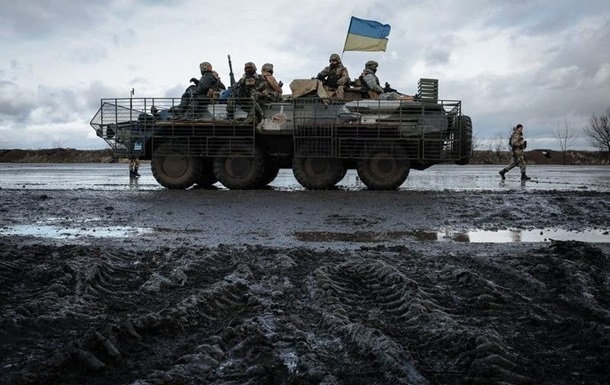 The InSight InSight automatic inter-panel station was down on Mars's surface in the Elysian Highland area. The device has sent its first picture of the Red Planet. The image appeared on screen at the NASA flight control center a few minutes after landing. The image shows small particles of Martian dust.

Verkhovna Rada supported the law on the introduction of martial law in Ukraine. 276 deputies voted, with 226 necessary.

Fight law is presented at 9am on November 28 for a period of 30 days. Fight law is only introduced in the regions bordering the Black and Azov Sea in Russia and Transnistria: Zaporizhia, Lugansk, Donetsk, Vinnitsa, Nikolaev, Odessa, Sumy, Kharkiv, Chernihiv, Kherson, and inland waters.

International arbitration has decided in favor of Oschadbank in a dispute with Russia for losses because the Crimea is attached. The amount of compensation will amount to interest of $ 1.3 billion plus, which will be accumulated from the date of the decision to the actual compensation. The decision is final and binds to the parties.

Ukraine has been doing without Russian gas for three years exactly

"Euroblers" blocked the border of Ukraine and Poland

The protests of "euroblathers" almost exclusively block the border between Ukraine and Poland. All check points other than Smilnitsy are stopped. At the Krakovec checkpoint, protesters were burning tires. Every night, the protesters were not scattered and continued to protest, because they were dissatisfied with the new transformation rules.

On the border with Poland in Yagodin checked in the Volyn region, heavy vehicle drivers broke through "Euroblers" that blocked the road. "Euroblackers" illuminated the tires, but soon agreed to turn trucks – three an hour on each side.

Verkhovna RADA has set the date of the presidential election