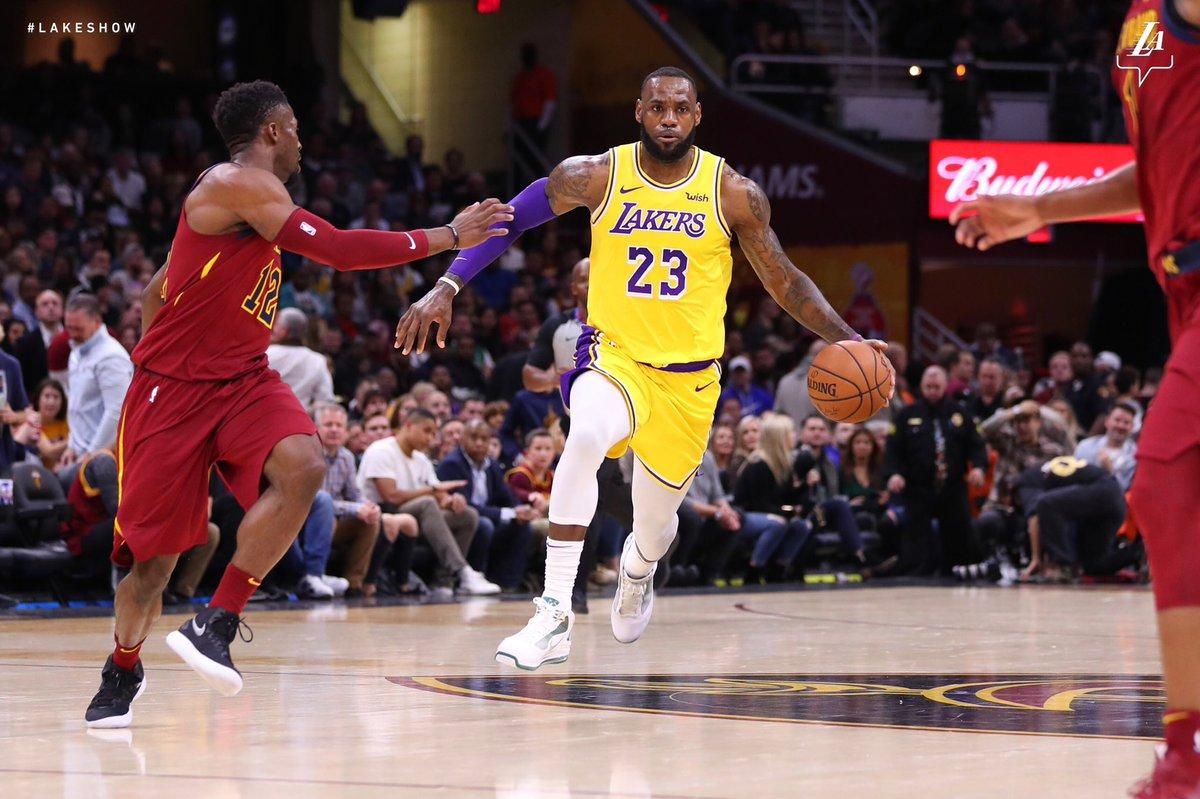 At NBA on Wednesday, November 21 (on November 22 night in Ukraine), the next games were played. Not having some sensible results.

The two clubs where Ukrainians play – Alexei Lenya and Los Angeles Lakers Svyatoslav Mikhailiuk played their games. But our basketball players did not take part in these games.

See also: "Dnepr" won the first win in the round of the European Cup group, "Cherkassk Mavpy" lost

One of the most interesting games was the "Cleveland" and "Lakers" conflict. All due to LeBron James, who moved to Los Angeles from Cleveland in the summer. And for the first time being played against ex-partners on their website.

The game was really quite a fight. And it looked like a swing, where all the teams intervene with the venture, went on. And he had the chance to win. The largest gap in the count was +11 in favor of "Cleveland" in the second quarter. The score resulted in +9 (96:87) in the fourth quarter, but the 16: 2 Lakers girl just before the end changed everything. As a result, the guests' victory, which helped them to stay in the seventh position. "Cleveland" is the worst team in the East.

James designed himself in this double double game – 32 points and 14 rebels. However, the most effective player was Lonzo Ball – +16 with 15 points, 6 assistants and 7 rebellions.

After losing his next game and "Atlanta". At the moment, the home of the Eastern Conference leader, "Toronto" (the "Atlanta" itself is the last place). There was no chance to win the guests. Already at the beginning, they have lost the "Toronto" 0: 7 spirit, and generally lost all the quarters

The trip without a result was rather sensible. The Golden State has been lost to Oklahoma. But not only did the defeat itself have a staggering impact, as it was the fourth consecutive defeat for FGP. The second team and the fourth quarter failed, and just as Kevin Durant and Clay Thompson did not try, they did not save the team. The champions of the previous season are now in the fifth place in the West, "Oklahoma" in a third place.

Second team in their conferences, Milwaukee in East and Portland in the West, played against each other. He won the first with a difference of 43 points. At the same time, he managed "Milwaukee" already in the first quarter to bring the difference to 19 points, and in the second – to throw 41 points to the opponent's basket. Just double the double triple – 33 points, 16 rebellions and 9 Yannis Adetokunbo assisted.

San Antonio can be seen as the loser of the tour, and was left familiar to the leader of the West Conference Memphis. At the end of the game, each team went on with a difference of one point, but two penalties were well done in the final moments of the game in the "Grizzlies" victory.

But his "Houston" death continued. The team won the fifth consecutive game and is now in the playground. This time, "Rockets" beat "Detroit". At the same time, at the end of the game, the forces failed to "lack" the advantage of +14 points, reducing it to3. However, in the end, the victory was not lost.

It is worth noting that, in this game, three players have doubled double doubled – Capella from Houston (27 points, 15 restates) and Graph (37 points and 11 rebellions) and Drummond (20 points and 11 back) or Detroit. Harden scored 43 points (after operating the 19 leaflets for free), but only 9 assistants did.