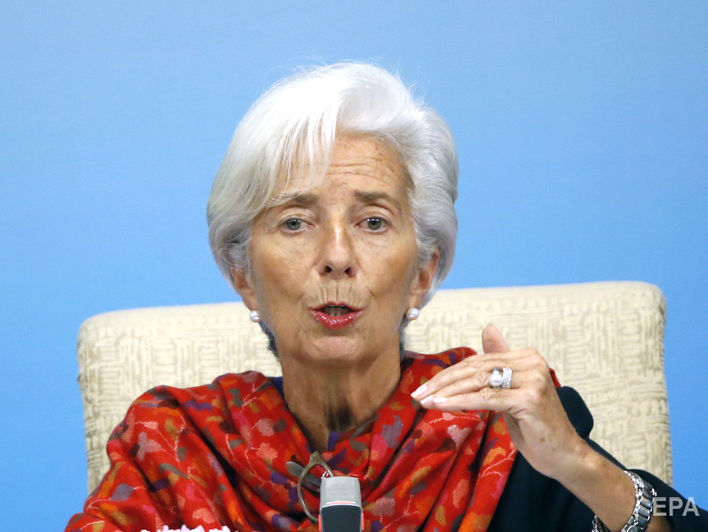 The Board of Directors of the International Monetary Fund will meet to discuss a new funding program for Ukraine immediately after Kiev fulfills the preliminary conditions, says IMF, head of Christine Lagarde.

The head of the International Monetary Fund (IMF), Christine Lagarde, expects Ukraine to fulfill the prerequisites for the completion of a new stand-by funding program by December 10. This said after telephone talks with President of Ukraine Petro Poroshenko, according the organization's website.

Lagarde added that the Board of Directors would then meet to discuss the new program. He emphasized that she had a constructive conversation with Poroshenko.

"The Presiding Officer told me about the key budget parameters for 2019, which was recently approved by Parliament and is now being considered by IMF staff. The preliminary assessment is satisfactory. The process is expected this is to be completed soon, "he said.

On November 15, Prime Minister of Ukraine Volodymyr Groysman expressed hope that Ukraine would receive a new share of the IMF in December.

November 26 Verkhovna Rada supported the decree President of Ukraine on the introduction of martial law in 10 regions for 30 days due to the fact On November 25, the Russian Federation fired and captured the Norwegian Navy Black Sea Boats "Berdyansk" and "Nikopol", as well as the tight "Yana Kapu", which was going to pass through the Kerch River to Azov Sea .

Lagarde said in a conversation with Poroshenko that the introduction of martial law will not affect the interaction of Ukraine with the IMF, reported the press service of the Ukrainian president.