Klitschko sold a tour of Kiev for 50 thousand dollars 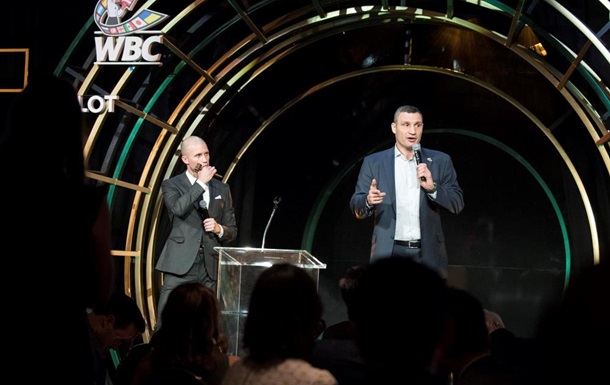 Klitschko sold in the US tour of Kiev

Kiev Mayor Vitaly Klitschko at a charity event, which gave the World Boxing Council, selling the lot – a trip from Kiev – for 50 thousand dollars, press service reports of the mayor.

"Since I went on a business trip to the United States, I was happy to join the event and once again, I will promote to Kiev and the Ukraine.

Mexico-born musician Carlos Santana also took part in the evening. The World Boxing Council gave him the symbol of a symbolic champion – as an accomplished musician and an excellent personality.

Earlier, in France, at auction, one of the triangles belonging to Napoleon Bonaparte was sold for $ 2.2 million.

It was also said that Los Angeles at auction had sold a letter from scientist Albert Einstein about "Hitler's madness" for $ 134,000.