In Kiev, in the morning rush hour, the metro stopped 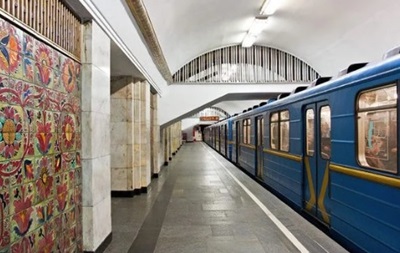 The Khreshchatyk and Vokzalnaya stations are closed, passengers are asked to use land transport.

In Moscow metro on Wednesday morning, November 28, temporarily temporarily on the Svyatoshinsko-Brovary ("red") train line. This is reported by the Ukrinform correspondent.

"In particular, the passengers at the Khreshchatyk metro station were asked to block cars, saying the train does not travel further," he said.

The entrance to the Khreshchatyk station is also closed – passengers will be asked to use land transport. In addition, according to media reports, the Vokzalnaya metro station is closed.

The press service of the Kiev Metro explained that the stop of trains on the Svyatoshinsko-Brovary line occurs for technical reasons.

"There was a 3 minute stop for technical reasons. We're already working normally," added the company.

Information about the mining station in Kiev has not confirmed

The Darnitsa station closed in front of a false message about excavation.