Hubble captures an unusual galaxy in the constellation Pisces 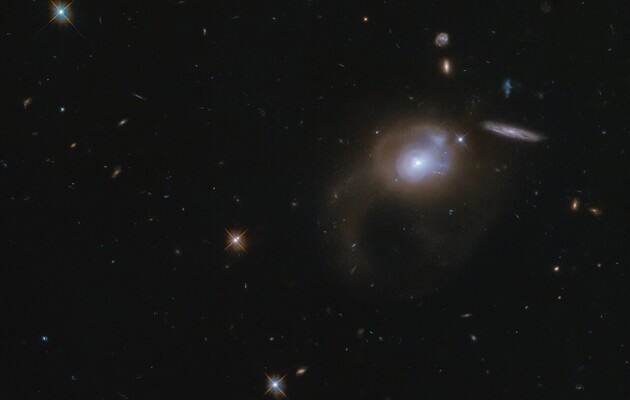 Astronomers using the Hubble Telescope have photographed the galaxy SDSSJ225506.80 + 005839.9. As the researchers point out, unlike their “sisters”, this galaxy does not have a concise name, it is known by this designation that identifies its coordinates.

Subscribe to our Telegram channel with news about technology and culture.

See also: Astronomers explain the lack of dark matter in a distant galaxy

Hubble Telescope was launched into orbit on April 24, 1990 by the crew of the reusable spacecraft “Discovery” and has since transmitted millions of unique images to Earth, significantly expanding scientists’ understanding of the structure and origin of the Universe. For a quarter of a century, the device carried out 1.2 million targeted observations of 38 thousand space objects, and prepared about 13 thousand scientific papers on the basis of them. According to experts, “this makes it one of the most effective scientific tools in history.”