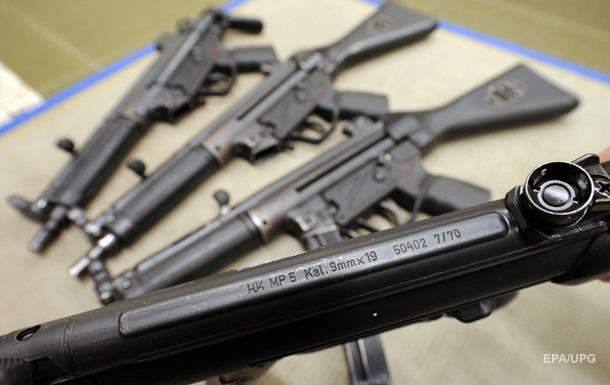 The company Heckler & Koch reported that the conclusion of an agreement with Kiev on the sale of guns submachine MP5 is almost impossible.

German company Heckler & Koch said they were not discussing with the Ukrainian police about the sale of MP5 submachine guns or any other weapons to it. This was announced on Tuesday, 26 March, by a representative of Florian Bockermann.

According to him, with the Ukrainian side "there were no discussions, let alone the signing of contracts."

Bockermann stressed that Heckler & Koch has been following what has been termed “green countries strategy” for some time now. It provides that the company only supplies weapons to certain countries. Among them, in particular, are the EU and NATO countries, countries close to NATO or those in which the German government has a particular interest in security policy. Ukraine, however, does not belong to any of these groups, according to current policy of the company, it seems that reaching an agreement with Kiev is almost impossible.

Earlier, the head of the National Police, Sergei Knyazev, said that enforcement officers intend to give the best to traditional Kalashnikov assault rifles, and that every patrol dress will be provided with German guns submachine MP5 t .